The 2014 Atlantic Hurricane season is likely to be less active than normal, producing fewer powerful storms than average and bringing below-normal risk to the Gulf of Mexico (GOM) and Caribbean Sea, according to an early forecast from Houston-based ImpactWeather. 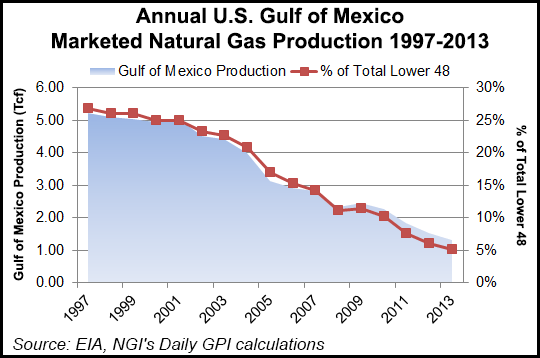 The forecasters said the development of an El Nino by July or August will limit the number of tropical storms in the Atlantic Basin to 10, including four hurricanes, one of them major (Category 3 or higher). Those forecast numbers would make the 2014 Atlantic hurricane season significantly less active than the seasonal average of 12 named storms, six hurricanes and three major hurricanes.

ImpactWeather’s outlook was based on averages of past seasons, ocean temperature trends and elevated wind shear across the Tropical Atlantic.

The Atlantic hurricane season runs from June 1 through Nov. 30.

The 2013 hurricane season, which many forecasters had expected to be active, turned out to be relatively quiet, with only passing threats to natural gas and oil interests in the GOM. There were 14 named storms last year, but only two of them — Humberto and Ingrid — became hurricanes, and none reached major hurricane status. Late in the hurricane season, Tropical Storm Karen forced natural gas and oil operations to be shut in and dozens of platforms to be evacuated, but the storm weakened before doing any major damage (see Daily GPI, Oct. 7, 2013).