Concerns about the lack of contingency plans for outages in major natural gas infrastructure were aired Thursday at the California legislature’s first hearing in response to the three-month-old leak in a gas well at Southern California Gas Co.’s (SoCalGas) Aliso Canyon underground storage facility in the Santa Susana Mountains. 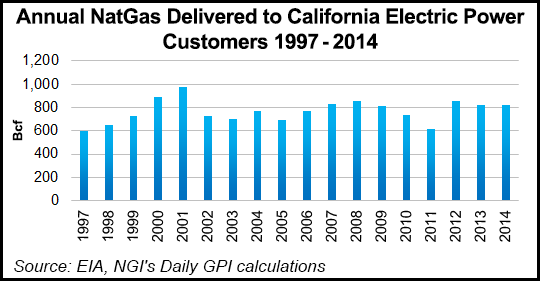 Assemblyman Mike Gatto, committee chair, gave residents the chance to question state officials and was urged by U.S. Rep. Brad Sherman (D-CA) to push state legislation that would accelerate the resolution of court cases against SoCalGas that have been filed by local homeowners who have been displaced by the odors from the leaking gas. Sherman has called for shutting down the gas storage field permanently.

Elizaveta Malashenko, director of the safety/enforcement division at the California Public Utilities Commission, told the lawmakers there was no easy substitute for the stored gas supplies that serve millions of people throughout the region. Compared to the electric utility sector that has contingencies for when generation plants go down, the gas utility sector has no such options, Malashenko said.

Other state and SoCalGas officials confirmed that delays or restrictions against restocking gas supplies at Aliso Canyon would hurt power utilities in the region that rely on large supplies of natural gas to generate electricity, particularly in the hot summer months.

As part of the Assembly committee’s hearing, legislative staff members provided a 20-page background paper, noting that California has 12 natural gas storage fields, four of which are operated by SoCalGas along with five other operators, and collectively they have 343 active storage wells like the one leaking at Aliso Canyon. The report also showed that power generation is the largest consumer of natural gas in the state, noting that in 2012, more than 1 Tcf was used for power generation statewide. Energy Information Administration data indicates a somewhat lesser amount, estimating that 855 Bcf was delivered to electric power consumers in the state in 2012.

In response to residents’ questions, Jason Marshall, chief deputy director of the state Department of Conservation, which includes the oil/gas division overseeing gas storage fields, said that hydraulic fracturing had been used on some wells at Aliso Canyon, but none were closer than 1,500 feet to the leaking well, and the state has concluded that fracking was not a likely cause of the leak.