FERC Chairman Richard Glick has been outspoken in calling for more thorough reviews of natural gas projects under the Commission’s jurisdiction, particularly when it comes to greenhouse gas (GHG) emissions, but that doesn’t mean he’s against pipelines. 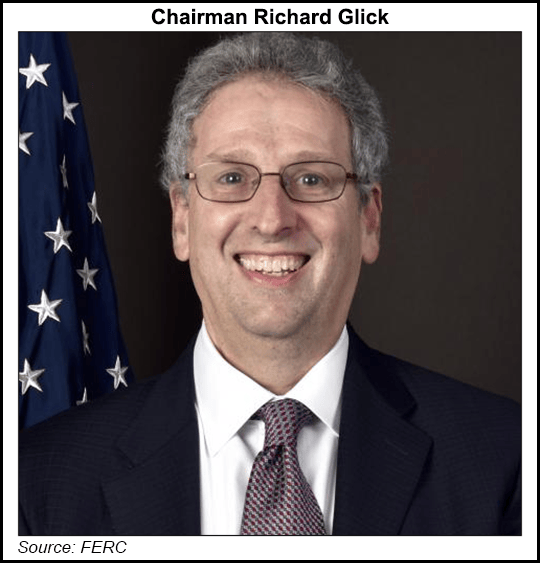 The Democrat, promoted in January to chair the Federal Energy Regulatory Commission by the Biden administration, said during an event at CERAWeek by IHS Markit Thursday that his calls to reform how the agency reviews natural gas pipelines should not be conflated with antagonism toward those projects.

“What I’ve been concerned about is that I read quite frequently that people say ‘Commissioner Glick is against pipelines’ because I’ve dissented on those cases in which we didn’t look at the greenhouse gas implications of a pipeline project,” Glick said. “That just simply isn’t true.

“…My argument is just because you want to review the environmental impact of a project doesn’t mean you’re against the project. It just means you have to figure out a way to mitigate those impacts, the pipeline developer does, before they move forward and build the project.”

Glick described a review process moving forward in which the anticipated GHG emissions of a natural gas project would be quantified and mitigation measures would be implemented accordingly, similar to other kinds of environmental impacts.

There are “a number of things we could do overall to offset those emissions” such as renewable energy credits or methane emissions reductions, he said.

In considering the downstream emissions associated with a pipeline, FERC could also account for potential net emissions reductions resulting from a project supplying new gas-fired power generation to replace coal-fired generation, according to the chairman.

One of the arguments against incorporating a detailed consideration of project-level climate change impacts at FERC centers around questions of methodology. Still, Glick expressed confidence that FERC could find “ways of measuring greenhouse gas emissions impacts,” such as the social cost of carbon.

The Commission could also use “the eye test,” the chairman said, alluding to potential complications that could come with attempting to determine exactly what level of emissions would be acceptable for a given project.

“When we review wetlands impacts,” Glick said, “we don’t have a set number of acres of wetlands that a project is going to impact where we say, ‘this is good, this isn’t good.’ We use what they call the eye test. We figure out whether we consider that particular impact to be personally substantial or not. And we certainly could do the same with greenhouse gas emissions as well.”

No matter what, decisions from the U.S. Court of Appeals for the District of Columbia Circuit have made it clear FERC can no longer overlook GHG emissions in its environmental reviews, according to Glick. It will ultimately be in the interests of developers if agency reviews are more thorough and better able to withstand legal scrutiny, he said.

“If we ignore what the courts tell us, the courts are going to send it back to us for additional review,” he said. “It’s going to cost billions of extra dollars, take a lot of time and make some of these projects uneconomic. So I think it’s in the interest of pipeline developers to work with us as well to develop a good methodology to assess climate change impacts.”