New England energy sector stakeholders stressed the importance of natural gas to the region’s energy security on Thursday at an event organized by FERC. 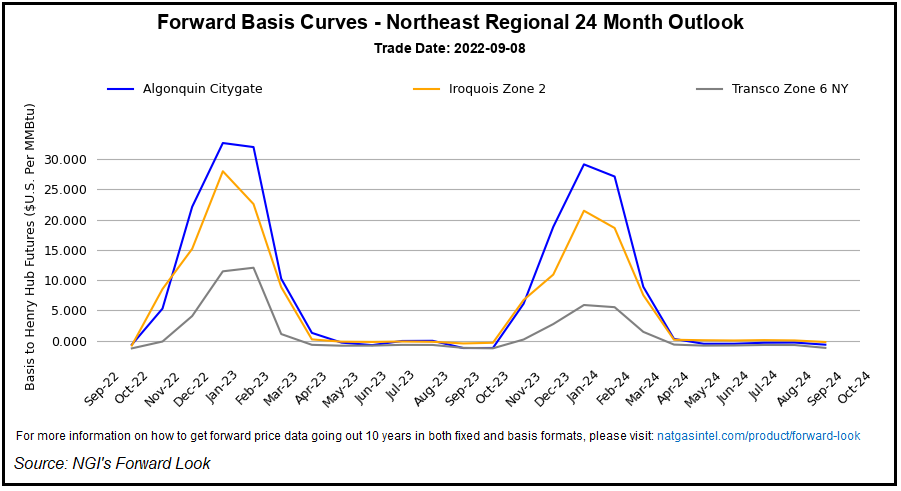 “I urge the commission to take steps to act now to promote an efficient, predictable and consistent review of certificate applications for new pipeline infrastructure,” Watson said.

She added, “A transition to predominantly renewable fuels backstopped by batteries will take years to decades, whereas natural gas can serve as both a foundational fuel and a complement to renewables now, ensuring reliability of service with a low-carbon intensity for years to come.

Watson also serves as board chair of the Interstate Natural Gas Association of America (INGAA).

The trade group explained that on the coldest days of the year, New England gas shippers with firm pipeline capacity, namely local distribution companies (LDCs), “use all their gas to keep their customers’ homes warm, leaving non-firm customers scrambling to find fuel and paying significant premiums if they do.”

“Additional infrastructure will provide added capacity and enable New England’s clean energy transition without sacrificing reliability, prices or higher GHG emissions as the region turns to coal or fuel oil to try to keep the lights on,” the group said.

Natural gas lobbyists were not alone in stressing the fuel’s importance to the Northeast.

Regional transmission organization ISO New England Inc.’s Stephen George, director of operational performance, training and integration, told the forum that over the past 10 winters (December to February), the region has averaged about 31.7 Bcf of LNG usage.

However, he said, in order to balance the grid, New England would continue to depend on natural gas and other stored fuels until the region develops clean, long-duration energy sources.

He added that New England must ensure it retains enough existing infrastructure, as well as stabilize its fuel supply chains, “until clean energy is available in sufficient quantities.”

Paglia said the three LNG terminals that supply New England, while vital, must be complemented by new infrastructure.

“Do I think a greenfield pipeline will be built into this region? No, I don’t,” Paglia said, “and I don’t think it’s necessary quite frankly.”

Instead, he said, brownfield projects within existing pipeline corridors could be a more feasible option. These could include “lift and replace” projects to swap out existing pipes for larger diameter ones, expansions of compression capacity and satellite liquefaction projects.

This is “all executable, if there’s alignment across the regulator, policy and the communities that we’d be doing that in.”