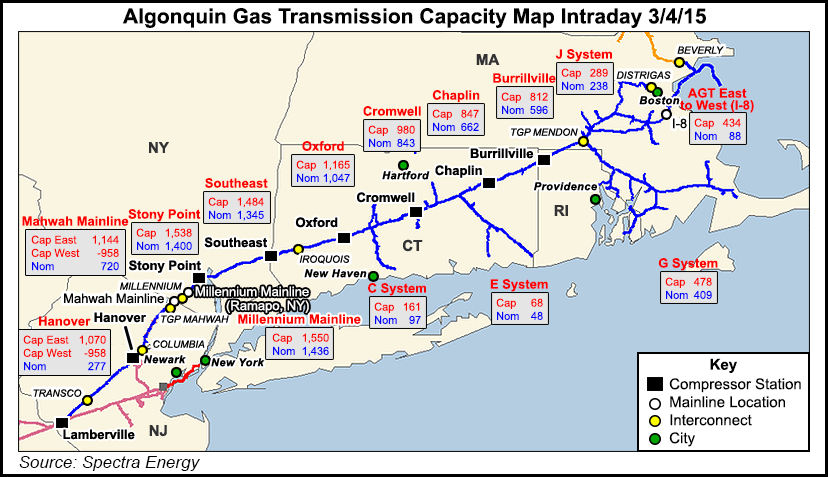 In its order [CP14-96] the Federal Energy Regulatory Commission noted the high level of scrutiny Northeast region pipeline projects, such as AIM, have been receiving in recent months (see Daily GPI, Jan. 23).

“We received numerous comments and protests filed by individuals and entities,” the order stated. “Hundreds of comments support the proposed project on the basis that, among other things, the project will bring jobs to the area. In comparison, hundreds of other comments and protests raise concerns over the AIM Project’s potential environmental impact and the potential economic impact on property values.”

“Nothing in the record suggests that Algonquin’s existing customers will experience any degradation in service, nor have any of Algonquin’s shippers raised any objections to its proposal,” FERC said. “Nor is there evidence that the AIM Project will adversely affect other pipelines or their customers. We are additionally satisfied that Algonquin has taken appropriate steps to minimize adverse impacts on landowners.” The Commission said 93% of the 37.4 miles of replacement pipeline and pipeline looping would use existing right-of-way and previously disturbed property.

FERC staff issued a favorable final environmental impact statement for the project in January (see Daily GPI, Jan. 23). According to Spectra’s website, AIM should be completed in November 2016.