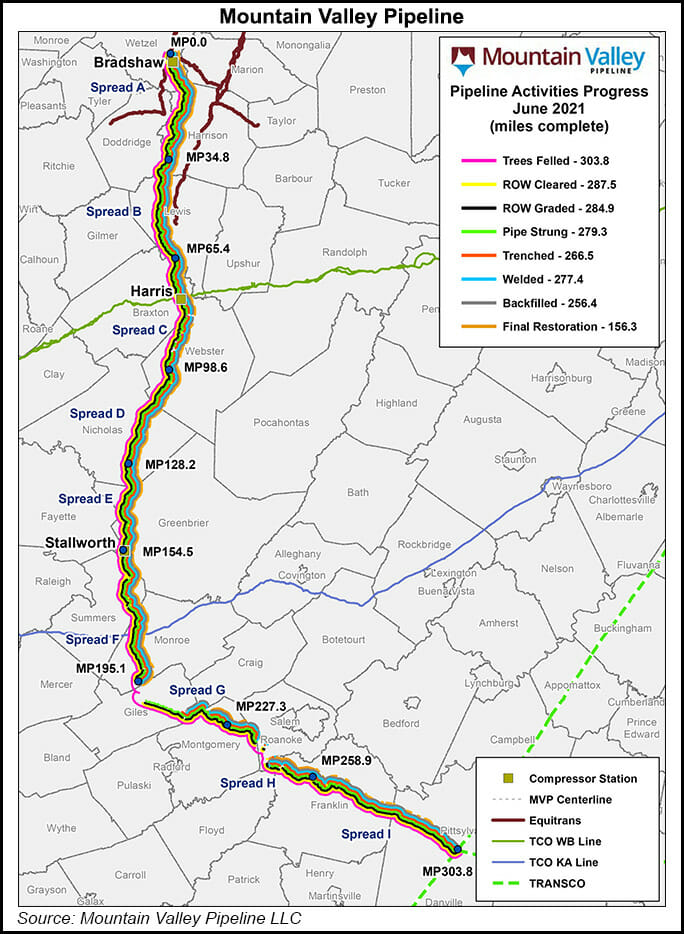 The latest Federal Energy Regulatory Commission action does not itself clear the way for the embattled 303-mile, 2 million Dth/d pipeline to resume construction. MVP must still obtain permits from the U.S. Army Corps of Engineers, from the U.S. Fish and Wildlife Service and from the U.S. Forest Service and Bureau of Land Management — all either pending or tied up in court.

Extraordinary measures under the Defense Production Act may not apply in MVP’s case, but “federal agencies could move the project ahead to solve the permitting issues through prioritizing it and focusing deployment of their own resources,” the ClearView analysts wrote. “We therefore view FERC’s action as the first in such a potential chain of events.”

Meanwhile, the Biden administration last month agreed to expedite approval of liquefied natural gas (LNG) export projects as part of a joint task force with the European Commission, all in an effort to reduce Europe’s dependence on Russian fossil fuels.

Alongside FERC’s recent decision to roll back controversial policy revisions on natural gas project approvals, the MVP order also appears to address Manchin’s criticism of the agency, according to the ClearView analysts.

“We view the April 8 order as a straightforward response” to both the senator’s concerns and to “growing political pressure arising from Russia’s invasion of Ukraine and the energy market dislocations that have followed,” the analysts wrote.