FERC is seeking input on potential carbon pricing mechanisms for wholesale electricity markets under its jurisdiction, a policy path that has the support of natural gas industry players who envision a fruitful partnership with renewables in mitigating climate change. 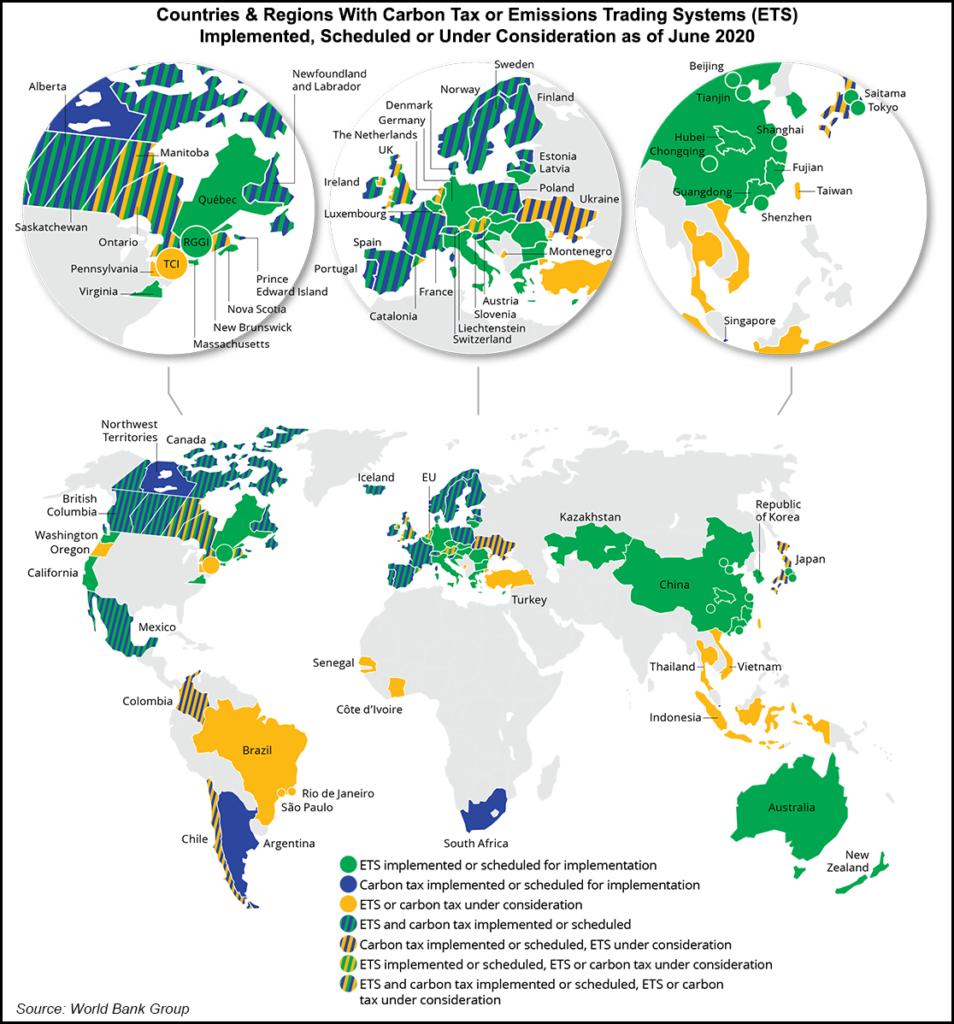 Among the stakeholders given the chance to speak their piece during the all-day conference, the Natural Gas Supply Association (NGSA) urged FERC to respond favorably to any carbon pricing mechanisms advanced by regional trade organizations (RTO) or independent system operators (ISO) in the Commission’s purview, according to prepared remarks.

“We are hopeful that today’s discussion will spur states, regions, industry stakeholders and policymakers into pursuing the development of carbon pricing mechanisms,” NGSA President Dena Wiggins said in remarks published ahead of her scheduled appearance before the Commissioners.

“FERC plays an integral role in maintaining that momentum. The Commission can instill greater confidence in states and regions by formally affirming in a policy statement that FERC does not intend to expand its jurisdictional reach; that the Commission is willing to consider RTO/ISO tariff proposals that come before you as carbon pricing proposals to be harmonized with existing market structures; and that tradeable mechanisms” such as the Regional Greenhouse Gas Initiative “remain acceptable market constructs.”

Wiggins added that NGSA members “see natural gas as a building block of a clean energy future in its partnership with renewables and through our investment in billions of dollars in clean technologies and resources.”

Meanwhile, among the other participants in FERC’s technical conference Wednesday, Exelon Corp. told the Commission it was the “flawed wholesale power market” that forced the recent closure of eight of its nuclear reactors in Illinois.

“While we know that closure of these nuclear stations is the wrong thing for the customers we serve and the environment in which we live, the wholesale power markets are telling us that they should be retired and replaced with natural gas-fired generation, which appears less expensive because it can bid without fully reflecting the cost of pollution,” Exelon said in remarks submitted ahead of the conference.

The company said closing the nuclear reactors in Illinois will increase power sector emissions by 70% in that state.

“This is the direct result of failing to have a meaningful carbon price in the wholesale power market,” according to Exelon.