While production was rising, natural gas trading continued to decline last year compared with 2013, and while the number of fixed- and basis-priced deals shrank, index-based transactions grew, according to an analysis by Natural Gas Intelligence (NGI) of 2014 Form 552 buyer and seller filings with FERC. 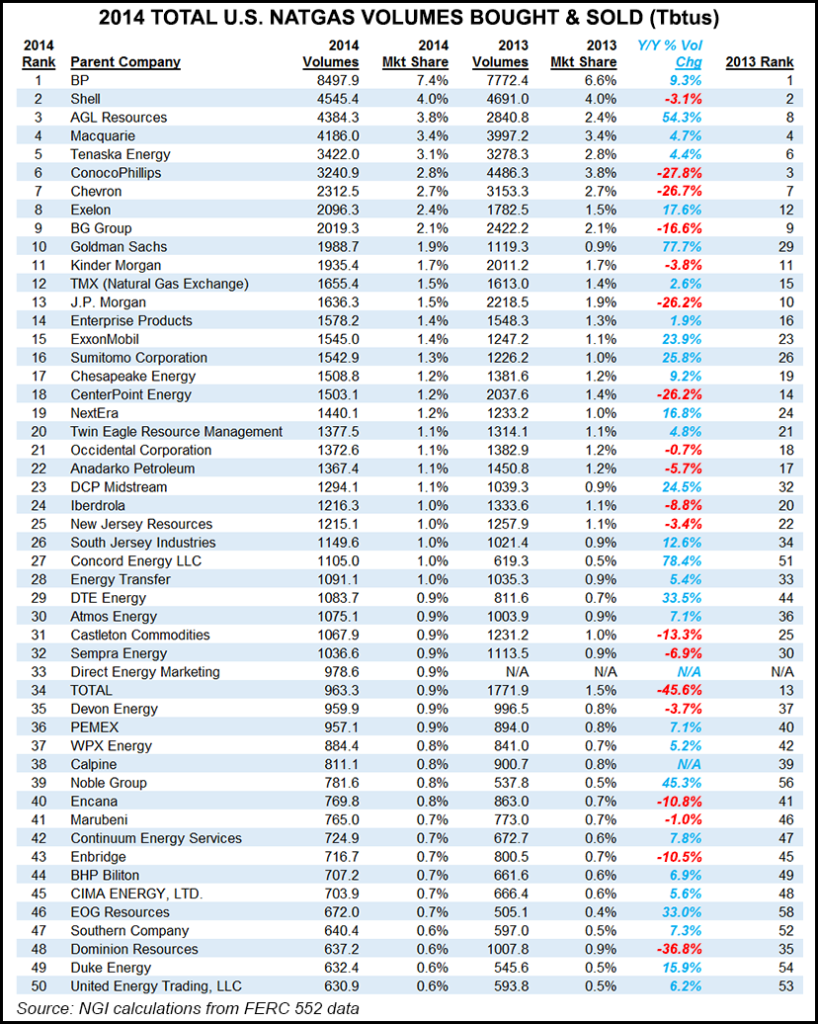 “There are a couple of reasons that fixed-priced transactions may be giving way to more index deals,” said Patrick Rau, NGI director of strategy and research. “One may be that as natural gas production continues to outpace consumption — and U.S. natgas production has grown at roughly twice the rate of domestic consumption since 2006 — producers have been accounting for more and more of total transacted volumes, and producers tend to sell their gas on index.

“The other reason may be that as price volatility has come down in many parts of the county, buyers may not feel the need or the urgency to lock in fixed-price deals. They may be thinking, ‘why lock in a fixed-price for the longer-term if prices continue to ebb lower?'”

The fall in trading volumes at the same time production continues its rapid growth may be ascribed to lower prices and less price volatility, which makes the natural gas market less attractive to speculators and banks which have restricted their trading activities. In 2014 trading volumes were a little over four times U.S. marketed production. In the more halcyon years of the natural gas market some packages of gas were reported to have traded 12 times between the market and burnertip.

Some of the biggest declines in the Top 50, excluding companies which reported no data in 2014, included Total Energy (down 21 places to No. 34) and Dominion Resources (down 13 places to No. 48).

In its analysis, NGI pooled information so that each company’s total includes data from subsidiaries. This was done to give a more complete picture of parent company activity. 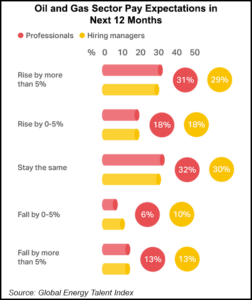 Nearly 80% of oil and natural gas professionals feel less secure in their jobs than they did pre-pandemic, but nearly two-thirds expect advances in engineering may open up opportunities in the next three years. The findings are in the fifth annual Global Energy Talent Index (GETI), the world’s largest energy recruitment and employment trends report,…