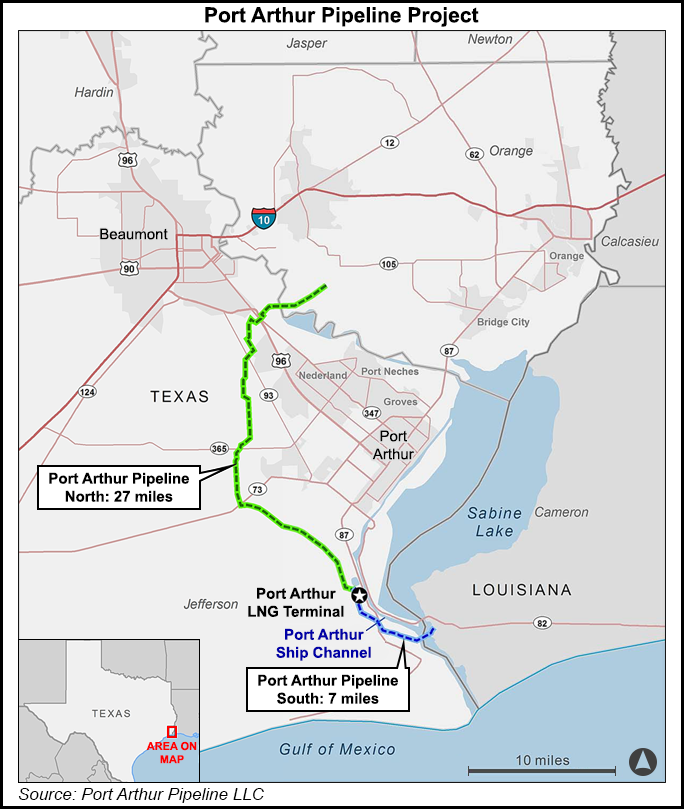 “LNG export facilities like these are important not only to the U.S. economy in energy exports but to our partners around the globe,” FERC Chairman Neil Chatterjee said. “Exporting U.S. LNG means increasing the availability of inexpensive, clean-burning fuel to our global allies who are looking for an efficient, affordable, environmentally-friendly source of generation.”

Commissioners Cheryl LaFleur and Bernard McNamee concurred, although LaFleur added that she remained concerned about the treatment of direct greenhouse gas (GHG) emissions from the projects and the cumulative impact of GHG emissions when combined within a 50-kilometer (31-mile) radius. Commissioner Richard Glick dissented.

“It’s not lost on me that people consider me the swing vote that’s allowing these LNG projects to be authorized,” LaFleur said. “I’m continuing down a path I started over a year ago of trying to decide each case on the merits regarding whether the part of the case that we have jurisdiction over is in the public interest…

“At a time when the courts have spoken, and keep speaking, in cases around the country on the requirements of considering climate change in project cases, I don’t understand why we do not act proactively together to work to address the issues in our cases. I think we’re just waiting for the courts to impose requirements on us that could add unnecessary complexities and legal risks to these very big projects.”

Driftwood LNG would export an estimated 27.6 million metric tons/year (mmty) of LNG from facilities near Lake Charles in Calcasieu Parish. The 96-mile, 48-inch diameter Driftwood Pipeline would transport up to 4 Bcf/d from near Gillis and terminate at Driftwood LNG.

Houston-based Tellurian is expected to make a final investment (FID) decision before the middle of the year. Assuming Tellurian elects to move forward, construction would begin shortly thereafter, with operations possibly beginning in 2023.

The Port Arthur project would include two liquefaction trains capable of processing about 11 mmty of LNG, up to three LNG storage tanks and associated facilities. Although Sempra has yet to make a FID on the project, the company said last year that cargoes would be supplied beginning in 2023.

“This is great news for Driftwood LNG, Port Arthur LNG and U.S. LNG as a whole,” said Center for LNG Executive Director Charlie Riedl. “As the United States races to bring more supply to the global market, these decisions help ensure that U.S. LNG projects are not unnecessarily delayed and can compete.”

FERC issued positive final environmental impact statements for the Driftwood LNG and Driftwood Pipeline projects in early January, and for the Port Arthur Liquefaction, Texas Connector and Louisiana Connector projects near the end of that month.

Earlier this month, France’s Total SA agreed to invest an additional $500 million in Driftwood LNG, raising its total investment in both the project and Tellurian to $907 million. Total signed a heads of agreement (HOA) to purchase 1 mmty from Driftwood LNG. The HOA includes a provision where Tellurian and Total would enter into a sales and purchase agreement (SPA) for an additional 1.5 mmty from Tellurian Marketing’s offtake volumes from Driftwood.

Tellurian signed a memorandum of understanding (MOU) with India’s Petronet LNG Ltd. India for a potential investment in the Driftwood project in February. It also signed an MOU last December with Vitol Inc. to supply 1.5 mmty of LNG for at least 15 years from Driftwood.

In a “state of the markets” presentation that followed FERC’s actions, Commission staff reported that natural gas demand reached a record high in 2018, driven primarily by increased demand for natural gas-fired power generation and LNG export growth. The nation also saw record natural gas production, with the largest growth from the Appalachian and Permian basins.

“Relatively low natural gas prices masked increased price volatility, which was brought on by extended periods of low winter temperatures, storage deficits during the second half of the year, and infrastructure constraints in the West,” staff said.

FERC Energy Market Analyst Adam Bennett told the Commission that the United States “should continue to be a net exporter of natural gas in 2019 and beyond. By the end of this year, there should be six fully operational LNG export terminals here in the U.S., and this year alone domestic export capability is likely to double.

“Beyond 2019, the outlook for continued global demand should drive U.S. exports even higher. Mexico has several large pipeline projects that are looking to integrate their system, which should drive demand there and likely drive demand for U.S. exports down to Mexico. Globally, persistent growth for LNG in general, has signaled the need for additional export capacity, and U.S. developers have been keen to jump on that and continue to propose new LNG export projects.”

Of note, Bennett said, were recent FIDs by ExxonMobil Corp. and state-owned Qatar Petroleum to move forward with the 16 mmty Golden Pass LNG project on the Texas coast, and by Venture Global LNG Inc. to advance its 10 mmty Calcasieu Pass LNG project in Cameron Parish, LA.

“Together, once they complete construction, that provides about an additional 3.5 Bcf/d of additional capacity,” Bennett said.