FERC has issued certificates of public convenience and necessity for the Mountaineer XPress and Gulf XPress projects, a pair of TransCanada Corp. efforts to increase natural gas pipeline capacity out of the Appalachian Basin by expanding the company’s Columbia Gas Transmission LLC’s system. 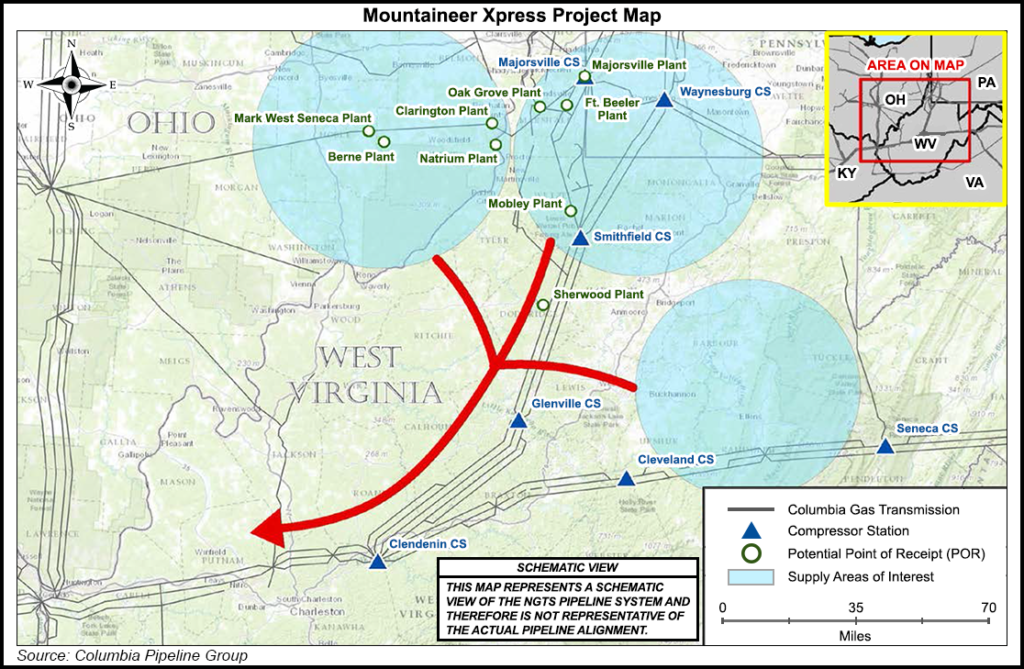 The Gulf XPress project would add seven new compressor stations — three in Kentucky, two in Tennessee and two in Mississippi — to expand the capacity of Columbia Gulf Transmission LLC’s system [CP16-361]. The project would also include upgrades to an existing compressor in Carter County, KY, and an existing meter station in Boyd County, KY.

“FERC’s approval of Mountaineer XPress and Gulf XPress allows us to continue delivering on our commitment to create new outlets for our customers, transporting Marcellus and Utica shale gas to key markets in the U.S. and beyond,” said Stanley Chapman III, TransCanada’s president, U.S. natural gas pipelines. “Our project teams are prepared to begin construction on both projects.”

The projects would involve an estimated $3.2 billion of combined infrastructure investment, TransCanada said. Anticipated in-service dates for the projects are in late 2018.

In addition, TransCanada placed its Leach XPress project into service Jan. 1, adding up to 1.53 million Dth/d of capacity for gas from Appalachia [CP15-514]. The project includes 160 miles of 36-inch diameter pipeline, three compressor stations and modifications to an existing compressor station.

“Via an existing interconnect with TransCanada’s Columbia Gulf Transmission System and its Rayne XPress project, which was placed into service last November, [Leach XPress] will facilitate the delivery of up to an additional 1 Bcf/d to Southeast and Gulf Coast supply markets,” TransCanada said.

TransCanada said it now has in hand FERC certificate orders for all major Appalachian growth projects associated with its 2016 acquisition of Columbia Pipeline Group.