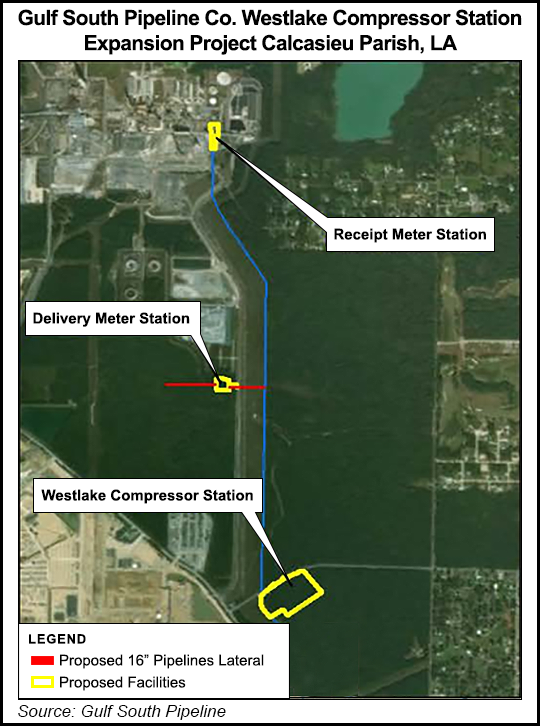 Commissioner Richard Glick was the lone dissenter against the order. As he did when dissenting against FERC’s approval in March of the Southeast Market Pipelines (SMP) project, which includes the Sabal Trail, Hillabee Expansion and Florida Southeast Connection pipeline projects, Glick cited concerns about the project’s potential contribution to climate change.

The environmental assessment (EA) for the Westlake Expansion found that it “would result in direct and downstream GHG [greenhouse gas] emissions and would contribute to global increases in GHG levels,” Glick said.

But the EA also concluded that FERC “cannot make a finding that the project’s emissions would significantly contribute to climate change.” FERC, Glick said, “nevertheless proceeds to find that the project will have no significant impact on the environment…

“As I stated in my Sabal Trail dissent, I do not agree that ‘no standard methodology exists to determine how a project’s contribution to GHG emissions would translate into physical effects on the environment for purposes of evaluating the project’s impact on climate change.’ The social cost of carbon, which translates the long-term damage done by a ton of carbon dioxide into monetary value, provides a meaningful approach to convert GHG emissions into a qualitative figure demonstrating impact.”

When Commissioner Cheryl LaFleur dissented from FERC’s approval of the Appalachian-to-Southeast Atlantic Coast and Mountain Valley pipelines in October, it was seen as a rare split decision. Critics have long complained that the Commission wields a “rubber stamp” for proposed pipeline projects.

Since then, both LaFleur and Glick — the two Democratic members of the five-member Commission — have voted against SMP. Glick also dissented in January when FERC issued a certificate order authorizing the PennEast Pipeline. In the latter case, Glick said the order relied “exclusively” on the project’s precedent agreements, which had PennEast’s affiliates holding more than 75% of the pipeline’s subscribed capacity.