The National Institute for Occupational Safety and Health (NIOSH) and the National Energy Technology Laboratory (NETL) have signed an interagency memorandum of understanding (MOU) to begin researching the effects of human exposure to airborne emissions from shale gas drilling sites. 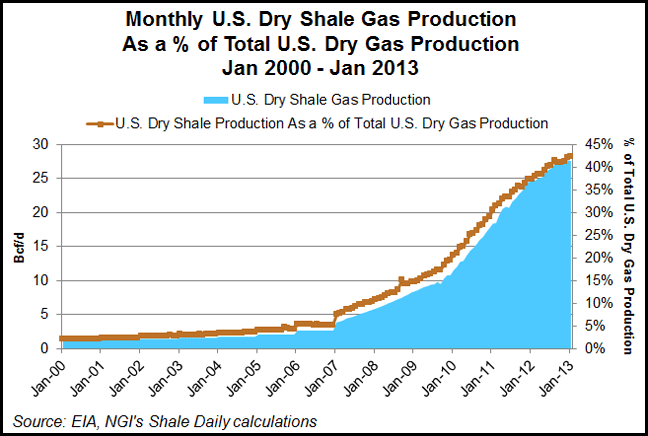 The research will help NIOSH’s work to identify potential hazards for workers in in the oil and natural gas industry and develop recommendations for control technologies, said NIOSH, which conducts research and makes recommendations aimed at preventing worked-related injuries, illnesses and deaths. NETL is part of the Department of Energy’s (DOE) national laboratory system, and is owned and operated by the department.

“As this industry continues to expand, taking the opportunities for our agencies to combine resources and knowledge will assist in ensuring the safe growth of oil and gas in the future,” said NIOSH Director John Howard. “This partnership between NIOSH and NETL is a great opportunity for each agency to share and jointly move forward our scientific efforts to address the risks for both the workers and the environmental impact in the oil and gas industry,” he noted.

According to the agencies, the joint effort would allow for greater data sharing, coordination for access to drilling sites, hazard identification and development of methods and technologies to control emissions. Moreover, the information gathered through the research could result in new engineering controls and recommendations for personal protective equipment for workers.

At a House hearing last week, Texas Land Commissioner Jerry Patterson said he believed that the stalemate between states and the federal government over hydraulic fracturing could be resolved through MOUs (see Shale Daily, April 22). The two sides are far apart on the contentious issue and do not appear to be getting any closer.

MOUs between states and the federal government, and between federal agencies, have been done before. In late 2009, then-Interior Secretary Ken Salazar and California Gov. Arnold Schwarzenegger signed an MOU to establish a fast track program primarily aimed at large-scale solar, wind and geothermal development on federal lands. That same year, the Bureau of Land Management and Oregon’s Department of Energy signed an MOU to create a “harmonious relationship” to facilitate the siting of future wind energy projects.

In March 2009, the Department of Interior and the Federal Energy Regulatory Commission signed an MOU to resolve a long-standing “jurisdictional feud” between the two agencies over siting renewable energy facilities on the Outer Continental Shelf.