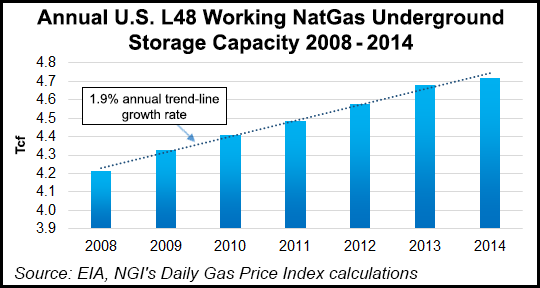 The Department of Transportation agency currently is hammering out the details of a rule to regulate underground gas storage as part of its work on an interagency task force formed by the Obama administration last month (see Daily GPI, April 4).

“As part of the work of the task force, PHMSA is moving forward with regulations for underground natural gas storage, which will provide minimum safety and operating standards for all states and improve oversight of interstate facilities,” Dominguez said.

Dominguez made her remarks during an event hosted by the Center for Strategic & International Studies, a bipartisan Washington, DC, think-tank. PHMSA is working on a “fairly aggressive” timetable to advance the rulemaking and is currently determining “what are those standards that we can put in place,” she said.

After visiting the site of the Southern California storage leak, Dominguez said she feels “like we have an opportunity now to set some minimum federal standards…addressing potentially some of the concerns on aging infrastructure, recognizing that there are vastly different geological formations that are out there across the country, but recognizing that the work that’s been done accounts for a lot of that.”

In developing the storage rulemaking, PHMSA is making use of research work conducted at the Department of Energy’s various national laboratories across the United States, she said. The planned rules for underground storage come a little more than a month after PHMSA proposed an expansion of its safety regulations covering natural gas pipelines (see Daily GPI, March 28; March 21). The agency has also been waiting on Congress to approve a reauthorization of the Natural Gas Pipeline Safety Act (see Daily GPI, April 27).

Meanwhile, the Obama administration has been pushing through an “unprecedented” number of new oil and gas regulations in the president’s last year in office, according to analysts and industry experts (see Daily GPI, April 25).