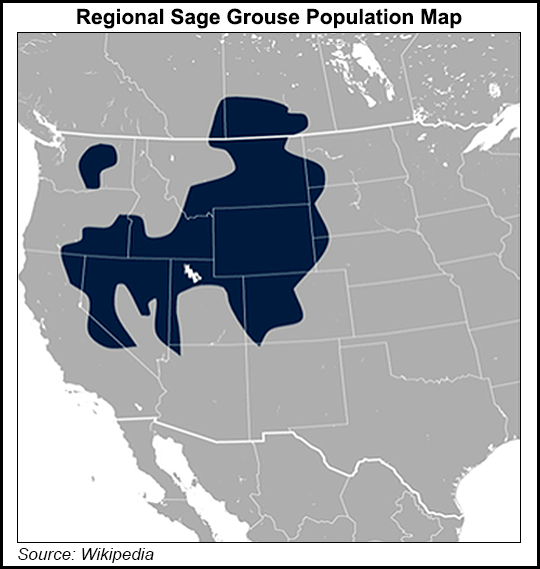 U.S. District Judge B. Lynn Winmill of the District of Idaho dealt a blow to the Trump administration’s ongoing effort to review and revise 15 different sage grouse plans in 10 states that were reached during the Obama administration. Oil and gas development throughout the 51 million acres of sage grouse habitat in the West would continue under the existing plans.

Winmill granted a preliminary injunction sought by four environmental groups, effectively stopping BLM from implementing its amendments to the grouse plans. The judge said the amendments in effect “substantially reduced protections” for the ground-dwelling birds.

The Western Energy Alliance CEO Kathleen Sgamma called the judge an “activist” on sage grouse and public lands issues, noting his decision was no surprise, and she expects the decision’s impact to be limited since “the Trump administration had been following the Obama plans for leasing decisions already.” Nevertheless, Sgamma said environmental groups “will never be satisfied until all oil/gas leasing is stopped.”

As an example of the BLM cutbacks, Winmill cited in his ruling that sagebrush focal areas were eliminated by BLM in all the plans except for Oregon. Plans affected also included California, Colorado, Idaho, Nevada, Utah and Wyoming.

The judge also cited a “serious issue” surrounding the question of whether “BLM neglected to evaluate a serious environmental consequence or failed to consider an important factor” — the federal agency’s rationale for the reductions in protection.

Attorneys for Advocates for the West, which represented the four environmental groups, lauded the ruling, noting that Winmill agreed that the BLM had not completed the extensive environmental reviews and analysis called for under the National Environmental Policy Act.

“The BLM’s plan amendment would gut protections” for the dwindling population of sage grouse “and destroy remaining habitat,” said attorney Sarah Stellberg of Advocates for the West.

BLM is expected to appeal the preliminary injunction to the U.S. Court of Appeals for the Ninth Circuit.