Another glimmer of hope emerged on Tuesday for the long-stalled Northern Access natural gas pipeline expansion as the U.S. Court of Appeals for the Second Circuit vacated New York’s denial of a key permit that completely halted work on the Appalachian project two years ago. 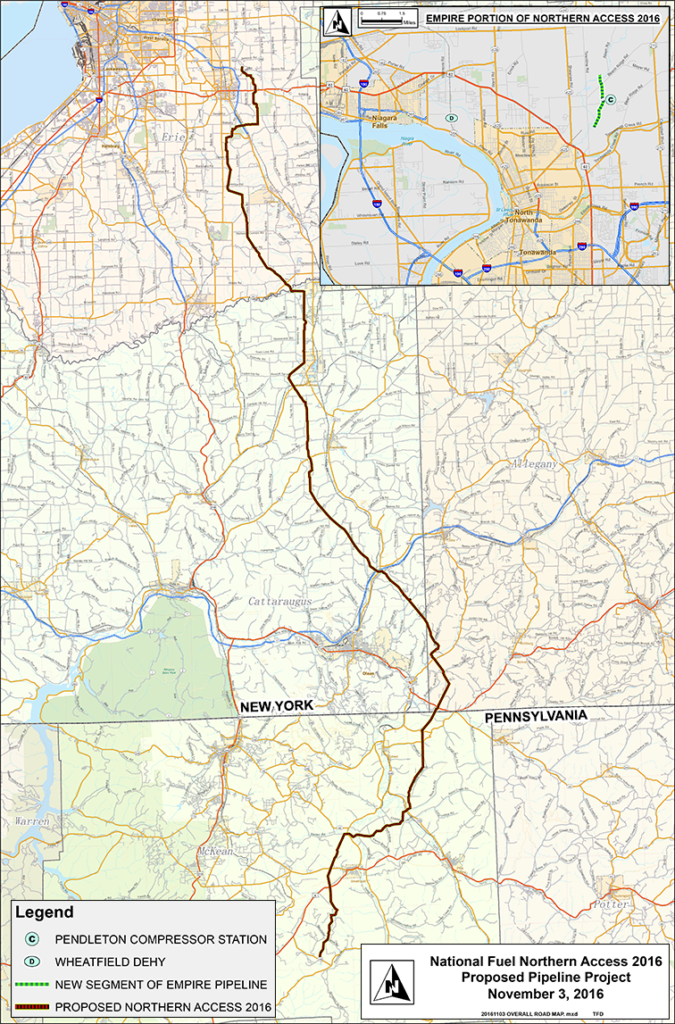 The appeals court chose not to weigh in on a variety of factors in the case, but said the decision by the New York State Department of Environmental Conservation (DEC) to deny a water quality certification (WQC) for the National Fuel Gas Co. (NFG) project was baseless. The court remanded the case to the DEC to further explain why the WQC was denied.

After nearly three years of regulatory review, DEC emailed NFG a 13-page letter before midnight on April 7, 2017, noting that the plan to construct 71 miles of pipeline in the state failed to meet water quality standards and would negatively impact the environment. NFG has been fighting the decision ever since. The decision has made it difficult for exploration and production subsidiary Seneca Resources Corp. to develop and move gas from northwestern Pennsylvania.

The company petitioned the Second Circuit after the denial, arguing the decision was “superficial, conclusory and repeatedly contradicted by record evidence.”

In its order vacating the decision, the Second Circuit also noted that the DEC’s basis for denial relied on considerations outside of NFG’s specific project. The court also said that while DEC was not required to adopt FERC’s water quality findings, the state still failed to address evidence in the record that supported those findings. The Federal Energy Regulatory Commission approved the project in February 2017.

The court’s decision was hailed by the Natural Gas Supply Association (NGSA). “State denials of 401 water certifications must be closely scrutinized to ensure that states are sticking to the facts instead of using their certificates as a tactic simply to limit infrastructure,” said Executive Vice President Pat Jagtiani. “It’s unfortunate that the DEC’s actions delayed a pipeline that would provide economic growth to New York’s decisions and businesses, while depriving other states reliable access to natural gas supplies that are needed for clean electricity, winter heating and industrial manufacturing.”

It is not clear what comes next for the project. A path had opened last August, when FERC waived the DEC’s authority to issue the WQC. The DEC has since filed for a rehearing of the waiver, which is still pending.

“The Second Circuit also has now made it clear that New York’s denial of the permit application failed to provide factual justification for their decision,” Merkel said. “In spite of thousands of pages of technical analysis, months of collaboration and compromise and a proven track record of responsible development, New York attempted, without basis in fact, to raise the hurdle for pipeline construction to a level that is not clearly defined and is inconsistent with the standards applied to all other public infrastructure projects.”

DEC responded and said it is reviewing the court’s order and “considering all options to defend our decision and our authority to protect New York state’s water quality resources.”

Under Gov. Andrew Cuomo, New York has fervently opposed the expansion of gas use, banning high-volume hydraulic fracturing and stopping other projects, such as the Constitution Pipeline, as it pursues aggressive climate protection goals. A year before the Northern Access decision, DEC denied Constitution a WQC, claiming the permit application was incomplete. The basis for that denial, however, has been affirmed and posed problems for Constitution in its unsuccessful challenges before the Second Circuit, FERC and even the U.S. Supreme Court to get the project going again.

The pipeline companies have argued in court and before FERC that the DEC’s denials were “arbitrary and capricious,” far exceeded the scope of the state’s authority under federal law and were also politically motivated.

The Second Circuit on Tuesday refused to address any of those arguments, saying “we express no opinion as to whether there is substantial evidence in the record to support the [DEC’s] denial,” saying only that the agency should be given an opportunity to more clearly explain its decision.

The 100-mile Northern Access project would expand the Empire and National Fuel systems to move 490 MMcf/d of gas from Seneca-operated wells in northwest Pennsylvania to markets in New York, Canada, the Northeast and the Midwest.

Draft regulations in New Mexico to limit methane emissions from the oil and gas sector must be strengthened by removing loopholes for low-producing wells, according to an analysis by the Environmental Defense Fund (EDF). The proposed rules were unveiled in July by the New Mexico Environmental Department (NMED) and Energy, Minerals and Natural Resources Department…