Concerns that the world won’t have enough energy supplies to  go around this winter appeared to deepen on Thursday as natural gas prices again set records and governments continued stepping in to ensure the lights stay on. 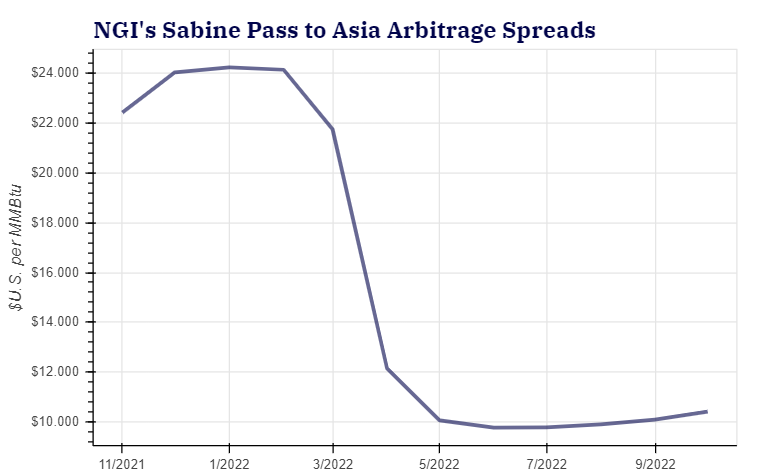 Coal, natural gas and even water for hydropower are in short supply. In North Asia, Japan-Korea Marker (JKM) spot prices were assessed at an all-time high of $34.47/MMBtu, nearly $3.00 above Wednesday’s levels. It was also a healthy gain from the previous record of $32.50 set in January, when brutally cold weather across the Northern Hemisphere caught buyers flat-footed and sent some scrambling to secure supplies.

As buyers in Asia have moved to avoid the same situation by stockpiling ahead of the heating season that kicks off Friday, JKM has also been lifted by earth-shattering prices in Europe. The markets have increasingly followed one another as the global gas trade has expanded and created additional competition for liquefied natural gas (LNG) cargoes. British and Dutch benchmarks continued their relentless rally Thursday. The prompt contracts now sit well above $30 and continue to set records as the week nears an end.

“As coal prices have kept pace with gas, and with a limited amount of idle oil-fired power generation across impacted regions, major markets are now looking for alternate fuels, but few options are available,” said Vortexa’s Felix Booth, head of LNG, in a post on the market research firm’s website. “As a result, the LNG industry has found itself in the middle of a colossal battle between European and Asian demand for precious winter spot cargoes.”

Since June, Booth said European LNG imports have slipped by 20% compared to pre-Covid-19 levels, leaving storage inventories woefully short heading into winter. He added that China’s increased LNG demand has been a “considerable factor” in the global gas market’s tightness. Chinese LNG imports are up 19% year-to-date, according to Vortexa.

Bloomberg New Energy Finance said in a winter outlook this week that LNG demand could jump 7% this season, led in part by China and other smaller markets.

China’s National Development and Reform Commission this week issued a statement saying it would help to boost domestic natural gas production and aid in bringing in more coal and spot LNG imports. Government officials also reportedly ordered state-owned companies to do everything in their power to secure energy supplies this winter at an emergency meeting earlier this week. Ahead of colder weather, the country has been forced in recent weeks to curb power to industrial and residential consumers in some regions.

Meanwhile, in Europe, soaring energy prices forced the closure of three more energy suppliers Wednesday. In the last two months, 10 UK suppliers have folded, pushing an estimated 1.7 million customers onto the rolls of larger providers. The country’s utilities are reportedly pushing the government behind closed doors to do more to help in the cost of securing energy supplies for the new accounts they’ve taken on.

Oil has been a bearish outlier despite hitting its highest price this week since the coronavirus broke out. Brent futures posted a third straight day of losses Thursday. But the market is still seen undersupplied as the pandemic rebound continues.

In the United States, natural gas bulls took over again Thursday and sent Henry Hub futures higher as concerns mounted over global energy supplies. The prompt contract gained 39 cents to finish at 5.867. The move came despite a report that showed storage inventories rising.

The maximum Gulf Coast LNG netback price for November delivery between the Dutch Title Transfer Facility, JKM and National Balancing Point on Wednesday was $29.246/MMBtu, or $23.631 above where Henry Hub futures settled, according to NGI data. The spread between the Gulf Coast, Asia and Europe is above $22.

Evercore ISI said this week that the LNG supply and demand balance is rapidly shifting in favor of American exporters.