The Financial Accounting Standards Board (FASB) issued a proposal for public comment that would, among other things, eliminate the pooling of interests method of accounting for business combinations. The move is directed at enhancing economic accountability and could act as a curb on questionable transactions. As part of its public consideration of the issues, the Board also will hold hearings on the subject early next year in New York and San Francisco. Comments on the proposal are requested by Dec. 7.

“When two different accounting methods are used for what is essentially and economically the same transaction, it is confusing to investors,” said FASB Chairman Edmund L. Jenkins. “We believe that the purchase method of accounting gives investors better information about the initial cost of the transaction and the acquisition’s performance over time than does the pooling of interests method.”

Under the purchase method of accounting, one company is identified as the buyer and records the company being acquired at the cost it actually paid. The excess of the purchase price over the fair value of the acquired company’s net assets is known as goodwill. Goodwill is then charged to the company’s earnings over time, but not, under the FASB proposal, for more than 20 years.

Under the pooling of interests method of accounting, combining companies just add together the book values of their assets. “In a pooling,” Jenkins said, “an investor can’t tell what price was actually paid for the companies to merge nor can they track the acquisition’s subsequent performance.” Jenkins noted that FASB also considered many other issues in proposing to eliminate pooling, including:

It is difficult for investors to compare companies when they have used different methods of accounting for what is essentially the same transaction.

Business combinations are acquisitions and should be accounted for as such, based on the value of what is given up in exchange, regardless of whether it is cash, other assets, debt, or equity shares. Because cash flows are the same no matter what accounting method is used, the boost in earnings under the pooling method reflects artificial accounting differences rather than real economic differences, FASB said.

“We believe that the purchase method of accounting gives investors a better idea of the initial cost of a transaction and the investment’s performance over time than does the pooling of interests method,” FASB said when the potential change was announced in April (See NGI June 21).

The pending Dynegy-Illinova merger is being accounted for as a purchase. The recent Energy East-CMP Group combination is a complete cash-out of CMP common stock. However, many of the deals done over the last year or two have used pooling of interest accounting.

Abolishing pooling of interests will make it more difficult for companies to do unreasonable acquisitions, according to Sanders Morris Mundy analyst John Olson. Under pooling of interests, an acquiring company could theoretically pay any price for its target because all transaction costs were just added together on the balance sheet. “There was never any ceiling on purchase prices except those dictated by common sense.” Olson said the impetus for the FASB change came from the fact “there were so many deals being done with poolings that don’t really reflect the underlying economics of the business. And there were a number of poolings that were being done that would take a huge, one-time write-off at the time of the merger.”

Public hearings on the proposed changes will be held over several months next year. “We estimate that our process will be complete and a final statement issued by the end of 2000,” Jenkins said. If adopted as a final statement, the standard would be effective for business combinations initiated after the statement is published.

Copies of the proposal are available through the FASB Web site. 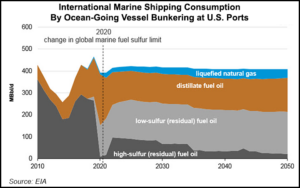