A possible breakthrough in technology that could capture more than 90% of carbon dioxide (CO2) emitted from industrial sources has been announced from scientists at ExxonMobil, University of California, Berkeley and Lawrence Berkeley National Laboratory. 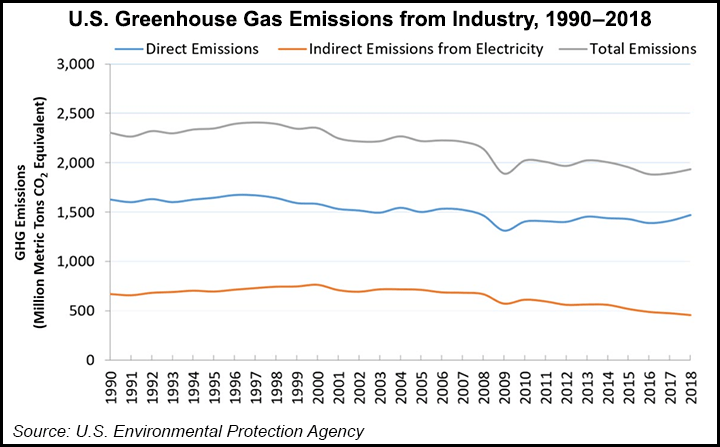 The material uses low-temperature steam, thus requiring less energy for the overall carbon capture process. According to ExxonMobil, the material has the potential to eventually be applied in the commercial sector.

“This innovative hybrid porous material has so far proven to be more effective, requires less heating and cooling, and captures more CO2 than current materials,” said Vice President Vijay Swarup, who is in charge of research and development for ExxonMobil Research and Engineering Co.

Through manipulating the structure of the metal organic framework material, the team of scientists and students are able to condense the surface — originally the size of a football field — into only one gram of mass, which acts as a sponge for CO2.

The results of the research were published in the peer-reviewed journal Science. Additional research and development is needed to bring the technology to a larger scale, and ultimately the industrial scale.

ExxonMobil has invested roughly $10 billion toward research and development projects focused on lower emission energy solutions since 2000. The supermajor is also working to expand its collaborative efforts with more than 80 universities, five energy centers, and multiple private sector partners in order to develop next-generation energy technologies.

Earlier this month, ExxonMobil renewed a collaboration with Princeton University’s Andlinger Center for Energy and the Environment to continue research on lower emission technologies and energy solutions.

In similar news, technology that could reduce emissions and energy intensity associated with refining crude oil was revealed in a joint research publication from scientists at ExxonMobil, the Georgia Institute of Technology and the Imperial College of London.

The advanced membrane, which has been in the works since 2014, separates light shale crude oil while not only producing fewer emissions, but also using considerably less energy than traditional, heat-based distillation methods, which are commonly used in the refining process. Membranes created by the team of scientists proved to be twice as productive as most commercial membranes in use today in the gasoline and jet fuel range.

“Inspired by reverse osmosis technology that has reduced energy intensity tenfold for water purification, we decided to look into ways to use new materials for liquids separation, which if brought to industrial scale, could significantly reduce associated greenhouse gas emissions,” said Swarup.

The research, published in the international peer-review journal Science, demonstrates that naphtha and kerosene — the primary components of gasoline and jet fuel — can be separated from light crude oil using pressure, as opposed to heat.