ExxonMobil CEO Darren Woods came out swinging to condemn comments by a government affairs executive caught on video claiming the supermajor backed climate change deniers and that support of a U.S. carbon tax was only a “talking point.” 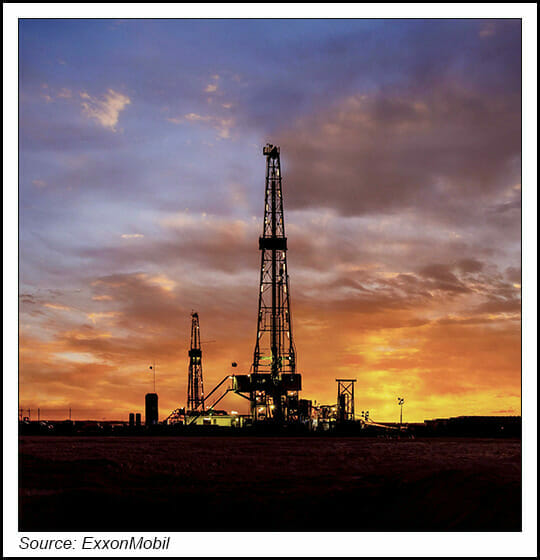 Two separate videos were recorded by Unearthed, an investigative journalism branch of Greenpeace. One captured comments by ExxonMobil’s Keith McCoy, a Washington, DC-based senior director for the government affairs team.

McCoy told the reporter, who failed to identify himself as working for Greenpeace, that efforts had been undertaken to “aggressively” fight climate change issues. ExxonMobil also had funded “shadow groups” that denied global warming.

Still, McCoy also appeared to acknowledge that some of the efforts to undermine climate change were in the past.

Regarding ExxonMobil’s support for a domestic carbon tax, McCoy called it “an easy talking point” as “there is not an appetite” for it. Besides, Republican legislators would never allow the tax to be enacted.

“Nobody is going to propose a tax on all Americans,” McCoy said. The “cynical side of me says, yeah, we kind of know that. But it gives us a talking point that we can say, well, what is ExxonMobil for? Well, we’re for a carbon tax.” A tax on carbon “is not going to happen.”

In a separate interview, former ExxonMobil government affairs official Dan Easley said some of former President Trump’s policies regarding trade, permits and the corporate tax reduction were “wins” as they were “probably worth billions to Exxon.”

Woods said the comments were not reflective of ExxonMobil’s positions regarding climate change or the carbon tax. Extensive plans are in place to reduce carbon emissions and advance technologies.

The Irving, TX-based producer for years has been a vocal supporter of enacting a carbon tax. The company is a member of the Climate Leadership Council, a coalition that backs a tax that would see the revenues returned to the public.

There were statements on the recordings regarding lobbying work with various elected officials.

“We condemn the statements and are deeply apologetic for them, including comments regarding interactions with elected officials,” Woods said. “They are entirely inconsistent with the way we expect our people to conduct themselves. We were shocked by these interviews and stand by our commitments to working on finding solutions to climate change.”

Woods was referring to a portion of the recordings where, for example, McCoy said ExxonMobil wanted to work with lawmakers to push for a carbon tax.

“Put forth a bill and we’ll show you that we’ll support that bill, we’ll help you work on that bill,” he said in the recording. However, he said, “Nobody wants to do that because it’s not politically expedient to put forth a tax for people, it just isn’t.”

McCoy apologized in a statement on LinkedIn.  “I am deeply embarrassed by my comments and that I allowed myself to fall for Greenpeace’s deception. My statements clearly do not represent ExxonMobil’s positions on important public policy issues.”