Bids to secure engineering, procurement and construction contracts for a carbon capture and storage (CCS) expansion at the LaBarge natural gas facility in Wyoming are advancing, ExxonMobil said Thursday. 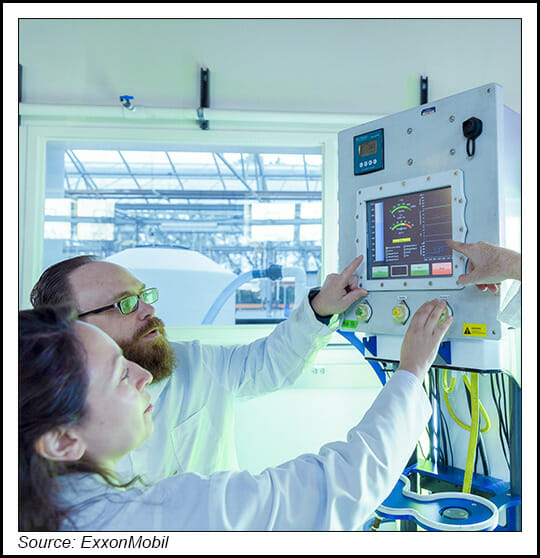 LaBarge to date has captured an estimated 6-7 million metric tons (mmt) of carbon dioxide (CO2), making it the largest project of its kind in the world, the supermajor said. As envisioned, the expansion, estimated to cost about $400 million, could capture about 1 mmt/year of carbon emissions.

The investment “underscores our commitment to advancing CCS projects around the world,” said ExxonMobil’s Joe Blommaert, president of the Low Carbon Solutions business. “This technology is critical to help meet society’s lower-emissions goals, and with the right policies in place, is immediately deployable.”

ExxonMobil, long a supporter for the United States to enact a carbon tax policy, would prefer “a predictable price on carbon emissions,” he said. A tax policy could “enable new or expanded CCS investments.”

In early 2020, ExxonMobil applied to the Wyoming Industrial Siting Council for a permit to build and operate the expansion project. The existing Shute Creek Gas Plant is to be upgraded, along with a CO2 sales facility in Sweetwater County. In Lincoln County, a CO2 disposal well would be constructed, along with a nine-mile pipeline.

When Could LaBarge Be Sanctioned?

LaBarge is now in the design and permitting phase, with a final investment decision set for 2022, pending regulatory approvals. If it were to get the green light, operations could begin by 2025.

The Low Carbon Solutions business is evaluating other large-scale CCS projects. One in the works for the Houston area, which could cost $100 billion, has support from 11 large industrial companies. Other CCS projects are being eyed in Europe and Asia.

The LaBarge announcement came one day after CEO Darren Woods met with employees in Houston. The company is scheduled to issue its third quarter results on Friday (Oct. 29).

There are unverified rumors that the Irving, TX-based supermajor is planning to sell off large chunks of its oil and gas portfolio. Activist investor Engine No. 1, which has pushed ExxonMobil to advance low-carbon technologies and reduce emissions, in June captured three board seats.

Woods did not publicly address the rumors. Instead, he told employees that the “unprecedented times” wrought by Covid-19 had created “unprecedented opportunities” to accelerate improvements across the enterprise.

“While the past two years were tough, they laid the groundwork for today’s market and helped accelerate improvements in our businesses,” Woods said. “Today, we’re seeing the benefits of investments we made at the bottom of the commodity cycle, when many of our competitors pulled back.”

While the rebound has stressed natural gas, oil and chemicals supplies, the higher commodity prices are working to the company’s advantage, he said. “Prices and margins are rising, improving revenue that we’re using to strengthen our balance sheet, fund our capital program and pay the dividend.”