A raging fire lit up the night sky in rural Oklahoma Wednesday night after a natural gas explosion about three miles north of Piedmont in Kingfisher County, on a pipeline owned by DCP Midstream Partners LP. 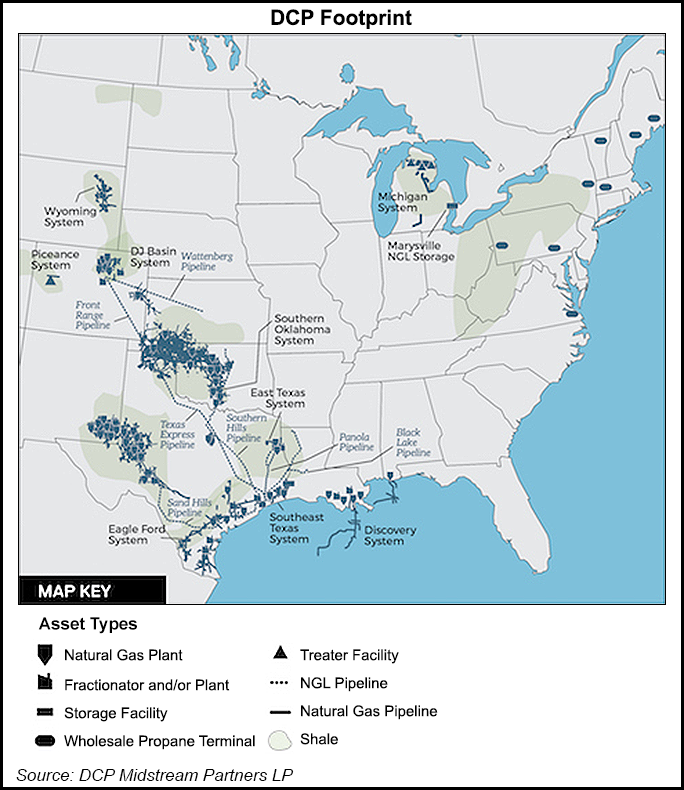 DCP confirmed to NGI there was a “pipeline release” around 8:30 p.m. The cause was not yet known.

“At this time there are no known injuries with our community members or personnel and the release was immediately isolated,” said spokeswoman Pamela Daitch. “The release resulted in a brief pipeline fire that has been extinguished.

“Residual smoke is expected Thursday… from near-by hay bales impacted by the fire. They are being monitored and do not pose harm to immediate surroundings.”

A spokesperson for the Piedmont Fire Department also told NGI there were no injuries.

Cimarron Electric Cooperative, the local power utility, said on its Facebook page it lost six poles in the explosion. “The debris will need to be cleared from [the] area to allow safe access to replace poles,” it said.

Piedmont straddles Canadian and Kingfisher counties, in the heart of Oklahoma’s oil and natural gas patch.

“We are continuing to work with local emergency response to address the event, and we are in the process of assessing the impacts of the event and conducting an investigation,” said Daitch.

High-pressure gas supply had been shut off in the area, Piedmont Fire Chief Andy Logan reportedly said. The incident occurred near the intersection of Piedmont Road North and Waterloo Road.

Jim Gardner, a reporter for the local CBS affiliate, said in a televised report that the explosion rattled his house in Piedmont.