An explosion that rattled the Freeport liquefied natural gas (LNG) export terminal in Texas on Wednesday was brought under control quickly, paving the way for an investigation into what caused the incident. 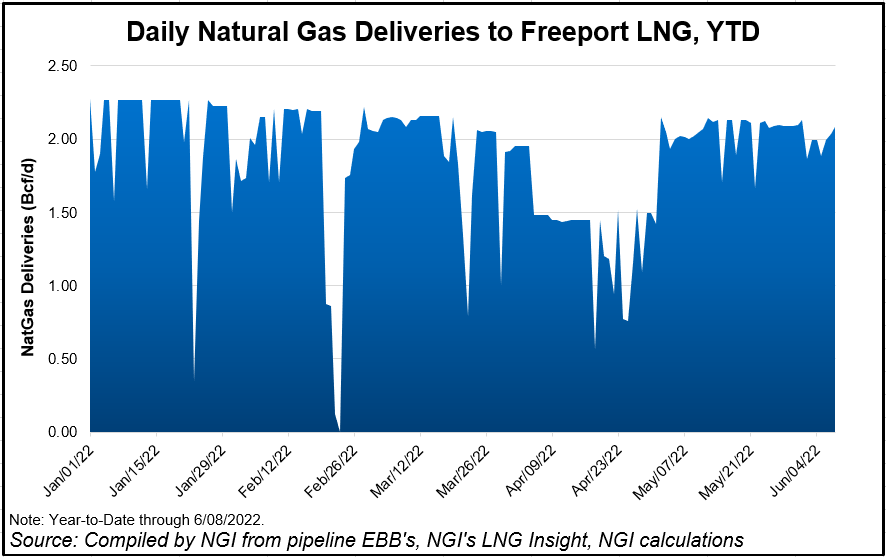 The explosion occurred at about 11:40 a.m. CT at the facility on Quintana Island, about 65 miles south of Houston, according to Freeport LNG Development LP. Spokesperson Heather Browne said there were no injuries and all employees and contractors were accounted for. She added that there was no risk to the surrounding community.

The explosion caused a fire that sent black smoke billowing into the air. According to those nearby who posted on Twitter, the explosion could be felt and some people were forced to shelter in place. No evacuations were ordered. The Surfside Police Department said the fire had been contained by about 1 p.m. CT.

It’s unclear what caused the incident. Browne said an investigation is underway. In addition to local emergency response crews, the U.S. Coast Guard was also on scene. In addition, a spokesperson for the Texas Commission on Environmental Quality said Wednesday afternoon that personnel from the agency would also be at the site.

How Much Does Freeport LNG Produce?

The Freeport facility can produce about 2 Bcf/d of LNG from three trains. It’s also the only liquefaction facility in the United States, and one of only two export terminals in the world, that use electric motors instead of natural gas turbines to drive liquefaction compressors, according to the Energy Information Administration.

Freeport has been running near maximum capacity over the last month or so after Train 1 was taken offline for maintenance between April 5 and April 22.

Ahead of the incident, feed gas nominations for Wednesday on the pipelines serving the facility were slightly above 2 Bcf, according to NGI’s U.S. LNG Export Tracker. That’s near the terminal’s operational feed gas capacity of 2.6 Bcf/d.

Henry Hub prices nosedived across the curve after word of the explosion broke. The prompt contract finished the day 60 cents lower at $8.69/MMBtu after hitting an intraday high of $9.66. If anything, the incident may highlight how important the LNG export market has become to domestic prices.

Wednesday’s price gyrations “serve as another reminder that the Gulf Coast is much more a demand than a supply center,” said NGI’s Patrick Rau, director of strategy and research. “Back in 2005, hurricanes Katrina and Rita curtailed a major percentage of U.S. gas supply, and local gas prices soared as a result. Now, whenever a hurricane blows through the Gulf of Mexico, prices tend to decline, because it knocks out both LNG and industrial demand.”

Hotter weather, strong export demand, lower storage inventories and lagging domestic gas production have pushed Henry Hub higher in recent weeks. Exports have been near record highs of 13 Bcf/d. Ahead of the Freeport incident, they were poised to head toward 14 Bcf/d as the Calcasieu Pass LNG plant ramps up operations and maintenance at the Sabine Pass LNG terminal winds down.

RBN Energy analyst Sheetal Nasta told NGI that if Freeport remained offline for a prolonged period of time, it could dampen prices further. She said U.S. storage injections could pick back up, given that LNG exports have been about 2.8 Bcf/d higher this month than at the same time last year.

Poten and Partners’ Jason Feer, global head of business intelligence, agreed. He said the incident could provide a bearish factor at a time when U.S. gas was close to breaking through the $10 barrier.

“LNG is accounting for a material percentage of U.S. gas consumption, so if a major U.S. LNG production facility is down for any reason, that should take some pressure off U.S. gas prices,” he told NGI.

The incident also comes at a time when the global gas market is short of LNG as Europe is searching for supplies to displace Russian volumes and Asia remains competitive.

“It’s impossible to say right now,” what the impacts of the explosion might be for the U.S. and international market, said Schneider Electric analyst Christin Kelley.

“For sure markets are reacting in a bearish way to the news, but we’ll have to wait for more information on how much damage was done at the facility before knowing the impacts to supply/demand balances and storage,” Kelley told NGI.