There’s no doubt among executives in the liquefied natural gas (LNG) business that a wave of imports is heading for U.S. terminals later this year. And while the U.S. is the market of last choice for global LNG producers, some terminals offer a richer netback than others, namely those on the East Coast, speakers at a Houston conference said Thursday.

“If you’re in a logical world…then all of this incremental LNG that’s going to flow into the U.S. should enter into the East Coast because those are the terminals that are going to be able to pay the highest price, and the Gulf Coast terminals will only get LNG once these East Coast terminals are full,” said Jimmy Straughan, vice president for gas Americas for BP Global Gas. He was quick to tell attendees at Platts annual Liquefied Natural Gas Conference that things won’t happen quite like that, though.

“To be sure, it won’t happen that way for all sorts of reasons: equity ownership, gas specifications, ship size, slot availability and other things. But I would be surprised if the majority of the incremental LNG that comes to the U.S. doesn’t enter via these East Coast facilities.”

LNG supply growth is being driven by a surfeit of global liquefaction capacity slated to come on-line later this year and next, combined with the global economic recession’s crushing of demand.

“This year it’s going to be much more pronounced than we’ve seen in the past with huge [liquefaction] volumes coming on-line combined with cratering global demand brought on by today’s worldwide recession,” said Waterborne Energy Inc. President Steve Johnson. “Our current view is that in 2009 there will be seven new liquefaction plants totaling 1.7 Tcf of global annual capacity…”

Before those LNG tankers come to the U.S., though, they will have called at ports in Europe, Asia and Latin America. They’ll head to the United States, and its abundant gas storage capacity, once those markets reach “relative saturation, which in today’s market does not take long, given the global economy,” Johnson said.

“The sellers [of LNG] are doing everything in their power to exhaust potential outlets before ultimately capitulating to the market of last resort, the U.S. We’re starting to see the largely spot players, such as BG, starting to term up spot supply. That’s a huge indicator…BG’s primary fallbacks are Lake Charles in the Gulf [of Mexico] and Elba Island. It will be interesting to see how much volume actually makes it there. The most prolific trader in today’s spot market, BG has already sold 80% of their 2009 volume and 75% of their 2010 volumes.”

Johnson noted that Asia and to a lesser extent Europe are struggling to absorb contracted volumes of LNG. Meanwhile, global liquefaction capacity is under producing by about 60 Bcf/month due to recent outages in Nigeria and Algeria.

Waterborne is forecasting average U.S. LNG imports during 2009 of 3.2 Bcf/d. “The only real variable here is the timing of new liquefaction projects,” Johnson said.

But those who believe that the United States will be blessed/cursed with an abundance of LNG for years to come should remember their recent history and the import declines witnessed last year.

“The facts keep changing, and we have to keep adapting, and the facts around LNG and long-term demand have changed, and we have to adjust, but they’ll change again,” said Straughan. Johnson expressed a similar sentiment.

“This is simply part of a cycle,” he said. “The market will tighten up again in a couple of years and U.S. imports will dry up. There will be those questioning again the viability of the very existence of LNG import facilities in the United States.” 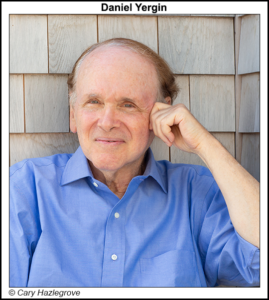