Exelon Corp. and the Exelon Foundation plan to spend a combined $1 million for 10 startups working to develop technologies to mitigate and build resilience to the effects of climate change. 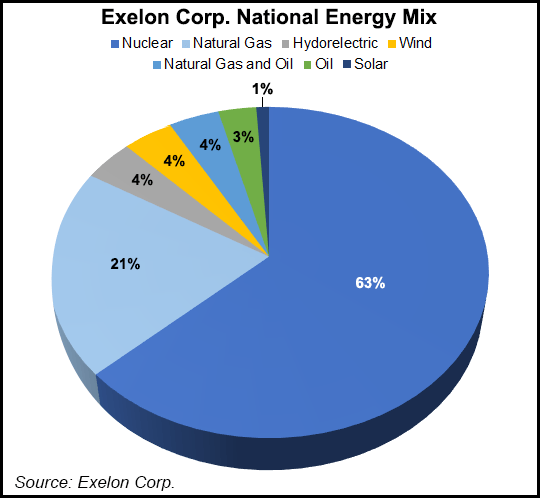 The utility and its philanthropic group’s funding are part of a $20 million Climate Change Investment Initiative (2c2i) planned over 10 years for early stage startups.

Startups awarded funding would be able to use Exelon’s internal innovation programs for counsel. All of the startups involve projects and people addressing climate change mitigation and building resiliency to health and environmental pressures for communities in need within Exelon’s service area.

Startup applicants were required to illustrate how their projects could advance the sustainability goals under the United States Climate Alliance for state and local jurisdictions.

Half of the startups selected in the initial round of funding are minority- or women-owned businesses. Additionally, 60% of the projects concentrate on greenhouse gas (GHG) mitigation, 40% address resiliency and adaptation, and nine out of the 10 startups are either headquartered or already actively engaged in communities within Exelon’s service area. Each of the awardees is to receive $100,000 in direct funding.

One of the startups, BlocPower, is an African American-owned technology company that developed a software platform for analyzing, financing, monitoring, and managing clean energy projects which can allow building owners to identify and complete energy efficiency and electrification upgrades in urban communities.

The Brooklyn-based startup has already finished energy projects in more than 1,000 buildings, and with Exelon’s support, BlocPower is hoping to bring similar projects to multi-family affordable housing with the Philadelphia Energy Authority.

Chart Industries Inc. has recently seen growing interest in technology and equipment related to small-scale liquefied natural gas (LNG) developments since the start of the year, but it expects large-scale activity to be muted this year. “From the beginning of the year until now, our small-scale pipeline has easily grown $150 million from a quoting…