The European Commission on Tuesday unveiled a proposal to break free of Russian energy imports before 2030, including plans to reduce demand for Russian natural gas by two-thirds by the end of this year. 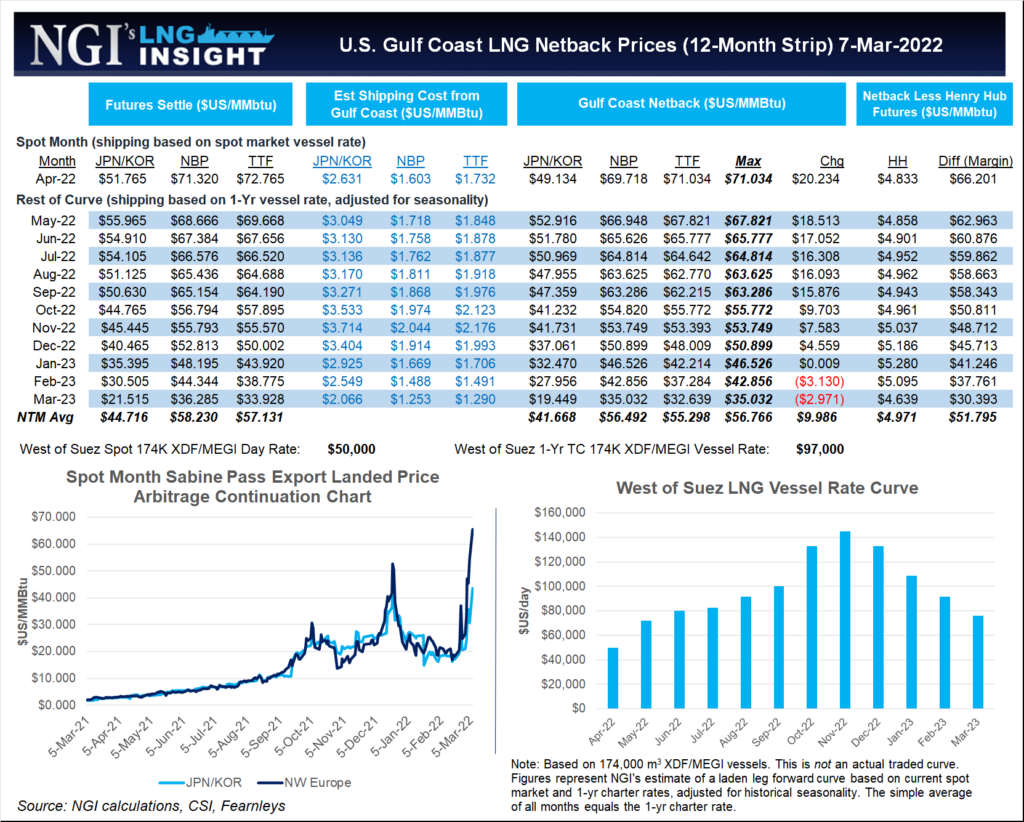 The REPowerEU plan aims to diversify natural gas supplies, accelerate the use of renewable gas and replace natural gas in heating and power generation to help slash the continent’s reliance on Russian supplies.

“We must become independent from Russian oil, coal and gas,” said Ursula von der Leyen, president of the European Commission, which is the EU’s executive arm. “We simply cannot rely on a supplier who explicitly threatens us. We need to act now to mitigate the impact of rising energy prices, diversify our gas supply for next winter and accelerate the clean energy transition.”

The plan also calls for a series of measures to respond to rising energy prices, which have skyrocketed since Russia invaded Ukraine. The plan outlines price regulation, state aid and tax measures to help protect European households and businesses against the impact of soaring energy costs.

To bolster supply security, the commission also intends to present a legislative proposal by April that would require underground natural gas storage across the EU to be filled up to at least 90% of capacity by Oct. 1 each year. The proposal would require the monitoring and enforcement of filling levels.

“For the remaining weeks of this winter, Europe has sufficient amounts of gas, but we need to replenish our reserves urgently for next year,” said European energy commissioner Kadri Simson.

The bloc would push to diversify supplies by buying more liquefied natural gas (LNG) and pipeline imports from other suppliers beyond Russia. Larger volumes of biomethane and renewable hydrogen would also be secured. Additionally, the plan calls for a reduction in the use of fossil fuels for homes, buildings, industry and power systems by enhancing energy efficiency, increasing renewables and improving infrastructure.

The commission said its “Fit for 55” initiative, a package of legislative proposals to aid in the continent’s push toward climate neutrality, already would reduce annual natural gas consumption by 30%. Measures outlined in the REPowerEU plan could gradually remove at least 155 billion cubic meters of natural gas consumption, according to the commission, which is the equivalent of what the region imported from Russia last year.

“Nearly two-thirds of that reduction can be achieved within a year, ending the EU’s overdependence on a single supplier,” the commission said.

Longer term, the plan is likely to accelerate the continent’s move away from natural gas and cut demand. LNG demand is poised to jump in the near term, but obstacles remain.

The bulk of global LNG supply is secured under long-term contracts, limiting the amount of flexible spot supplies that can help Europe fulfill its needs.

European imports of the super-chilled fuel have surged over the last three months, and the bulk of those cargoes have come from the United States. Jack Fusco, CEO of the largest U.S. LNG exporter, Cheniere Energy Inc., said Monday that capacity for the company’s expansion projects is sold out through the 2040s.

Europe is poised to compete more intensely for other supplies in the Atlantic and Pacific basins and would have to outbid top Asian buyers for excess cargoes. European prices have hit records this week, and prices in North Asia have followed. The Japan Korea Marker spot price was assessed near a record $70/MMBtu on Tuesday as supply concerns grow.

“Traders continue to price in the risks of supply fears, as Russian gas and the European dependence on it has become a center of attention across the continent during the last couple of weeks,” trading firm Energi Danmark said in a note Tuesday.

The commission made its announcement the same day as the United States said it would ban Russian energy imports, including oil and natural gas. Both moves came a day after Russia’s Deputy Prime Minister Alexander Novak warned that his country has the option of cutting gas flows to Germany via Nord Stream 1 in response to the West’s sanctions.

A French government spokesman added Tuesday that the EU has not ruled out halting natural gas imports from Russia, according to news media reports. Additional sanctions, along with the commission’s proposal, are expected to be discussed at a meeting among the bloc’s leaders in Versailles Thursday.

The Oxford Institute for Energy Studies said earlier this week that refilling European storage inventories, which are below the five-year average, would be “severely compromised” without Russian volumes.

Boosting LNG purchases at current prices, assuming the continent can continue to attract flexible cargoes as competition with Asia will increase, is a costly proposition. The Belgium-based think tank Bruegel said late last month that to refill storage to average levels utilizing LNG would cost nearly $80 billion. Prices have jumped considerably since then.