New forecasts detail a rosier path for Europe to cope with the risks of Russian gas imports suddenly evaporating, but it will still have plenty of challenges ahead to restore storage levels before next winter. 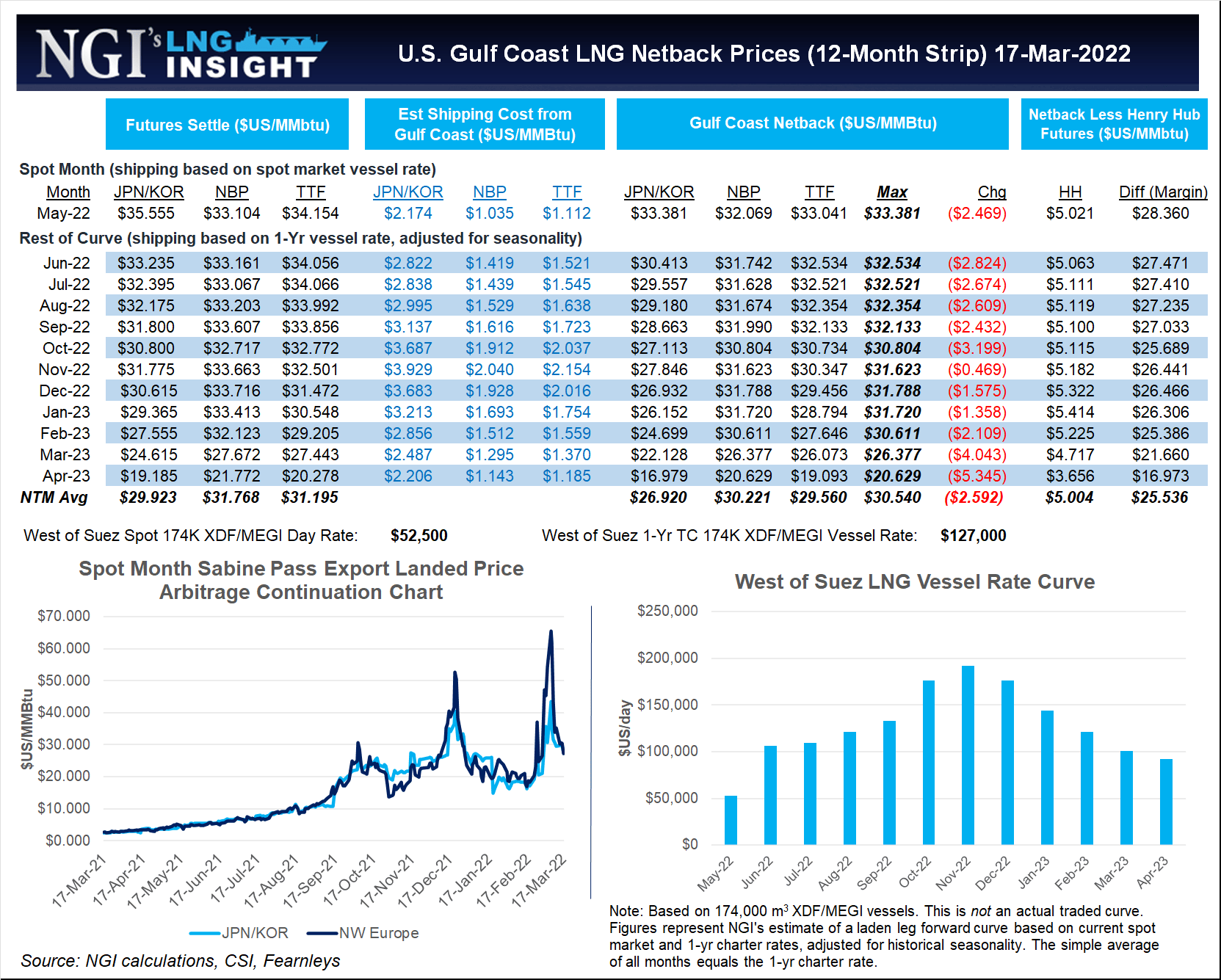 If the continent keeps receiving flows of Russian gas, Europe could even end this winter with gas storage levels back within the five-year average range. Wood Mackenzie predicts Europe could stack up to 27 billion cubic meters (Bcm) of gas by the end of March.

Principal Analyst Kateryna Filippenko also sees an improved scenario for industry and utilities across Europe even if imports disappear within the next few days.

“If Russian flows stop in the middle of March, gas in store would be sufficient for the rest of this winter and summer, without demand curtailment,” Filippenko said.

Russia had been limiting spot deliveries to Europe ahead of its invasion of Ukraine late last month, but exports have since hit some of their highest levels in months. Even still, the market has been on edge about the possibility of a supply disruption during the conflict.

On March 7, Russian Deputy Prime Minister Alexander Novak threatened on state television that the country had “every right” to embargo gas through the Nord Stream 1 (NS1) pipeline after Germany pulled authorization for Nord Stream 2. Both pipelines were developed and operated by a subsidiary of the Russian state-owned firm Gazprom PJSC, along with the backing of European energy companies and utilities.

Nominations of gas through NS1 declined on Friday, while the amount of gas flowing eastward in reverse away from Germany on the Yamal-Europe pipeline was also reportedly reduced.* Rystad Energy Senior Analyst Kaushal Ramesh wrote in a commentary that a “very small uptick in Russia flows to West Europe” was observed.

Discussions within the European Union about more sanctions on Russia have been ongoing and Japan released additional sanctions Friday on the country’s military contractors.

Despite talks of humanitarian corridors and brief ceasefires in Ukraine, Russian President Vladimir Putin indicated Thursday in a call with Turkish President Recep Tayyip Erdogan that the war wouldn’t come to an end anytime soon. Media reports of the call detailed a series of demands Putin would require from Ukraine before ending the assault on the country.

What About Next Winter?

While analysts believe that Europe can weather the risk of missing Russian gas, Wood Mackenzie reported it could enter November with only 10% of its required gas left in storage unless it brokers “compensation measures.”

Filippenko specifically said that Europe will have to pursue both an aggressive energy conservation plan and try to secure more sources and partnerships with other energy buyers.

If European leaders pursue additional imports from Norway and Algeria and production trends from the Dutch Groningen gas field continue to rise, she predicted the continent could secure an additional 15 Bcm between April and October.

Europe could also potentially convince Asian energy buyers to rely more on coal during the current crisis to free up LNG cargoes, but Wood Mackenzie noted embargoes on Russian coal would likely make that a hard prospect.
Japan, one of the world’s largest purchasers of LNG, is also recovering from the aftershocks of a massive earthquake that knocked out several gigawatts of coal-fired generation, according to Wood Mackenzie.

Ultimately, Fillippenko said industrial demand for energy in Europe may still have to be reduced by 20% during the next winter.
“But this will depend on the success of brokering additional compensation measures, which are still uncertain and are likely to be lower,” she said.

European prices were mixed Friday as Russian flows to the continent rebounded after dropping earlier in the week. The April Title Transfer Facility contract finished lower, giving up about two cents to finish near $34/MMBtu. But, summer prices were up as the market continues to weigh the possible impacts of the war in Ukraine.

Ramesh said the market appeared to be in a mode of “watch and wait” to see what would happen after talks between the United States and China, as well as possible negotiations between Ukraine and Russia.

“The outcomes of these negotiations may re-induce some of the volatility that has worn off over the past few days,” Ramesh said.

*Correction: NGI misstated that natural gas on the Yamal-Europe pipeline was flowing in reverse to Russia. Natural gas cannot flow east from Germany to Russia as the countries do not share a border. Reverse flows on the line move to Poland. NGI regrets the error.