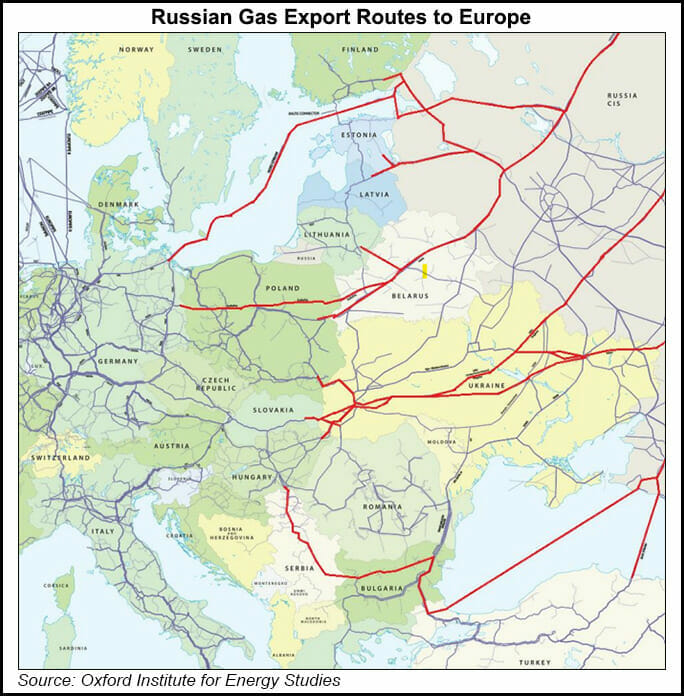 That’s the equivalent of about 1 Tcf of natural gas. And even though European gas storage facilities are currently 95% full, or about 5 Bcm (176 Bcf) above their 5-year average, it is wrong to expect the same conditions in 2023, the IEA warned.

“With the recent mild weather and lower gas prices, there is a danger of complacency creeping into the conversation around Europe’s gas supplies, but we are by no means out of the woods yet,” said IEA Executive Director Fatih Birol.

A gas supply shortfall next year could mean Europe would lack half the volume it needs to fill storage facilities up to 95%, which means inventories would only reach 65% of capacity for the 2023-2024 winter season.

Russian gas deliveries were close to normal for the first half of this year, but they’ve been cut dramatically since. Total pipeline supply from Russia to the EU in 2022 is likely to amount to around 60 Bcm (2.1 Tcf), according to the  report, “but it is highly unlikely that Russia will deliver another 60 Bcm of pipeline gas in 2023 – and Russian deliveries to Europe could halt completely.”

“The IEA has rightly pointed out a more challenging time  in 2023 than in 2022,” senior researcher Marco Giuli, of the Brussels School of Governance in Belgium, told NGI.

“This winter might leave us with very low inventories,” he added. “Under an optimistic assumption, the current Russian flows  through Ukraine and TurkStream might continue, but we’ll be nowhere near the amount of Russian gas imported in 2022. The shortfall will especially hit the region that used to be served by Nord Stream.”

China imported less LNG in the first ten months of this year due to an economic slowdown caused by Covid-19 lockdowns. If Chinese demand for LNG  imports recovers next year, “this would capture over 85% of the expected 20 Bcm increase in global LNG supply in 2023,” the IEA wrote,  limiting the amount of LNG cargoes available to the European market next year.

The  20 Bcm (706 Bcf) increase in global LNG supply in 2023 is supported by the ramp-up of the Calcasieu Pass LNG facility in Louisiana and the Coral-Sul floating LNG facility in Mozambique, as well as the expected return to service of the Freeport LNG facility in Texas, the IEA noted. However, that’s not enough to offset the estimated decline  in Russian pipeline deliveries.

“We see that Europe is set to face an even sterner challenge next winter,” Birol said. “This is why governments need to be taking immediate action to speed up improvements in energy efficiency and accelerate the deployment of renewables and heat pumps – and other steps to structurally reduce gas demand.”