European Union (EU) energy ministers failed to reach an agreement on a proposal to cap natural gas prices in Europe at a meeting in Brussels last week. 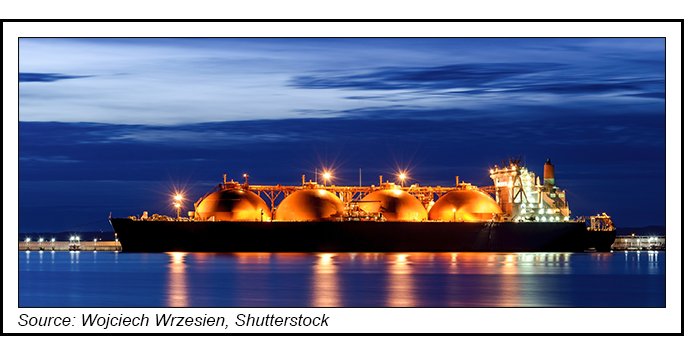 The European Commission (EC) proposed the cap. The EU’s executive branch said it would help the continent cope with rising energy prices inflicted by Russia’s move to cut gas supplies since the invasion of Ukraine in February.

EU ministers will meet again on Dec. 13 to approve an energy package that is expected to include a revised price cap proposal.

Despite the division over the price cap, several positive results were achieved to be added to the EC energy package. Ministers agreed to include joint gas purchases, to share supplies between member countries when needed and fast-track requirements for development of renewable projects.

Although fifteen out of 27 EU countries support a ceiling on wholesale gas prices, several countries have threatened to veto the entire energy package unless a revised price cap plan is proposed.

Under the current proposal, the cap would be activated if the prompt Dutch Title Transfer Facility (TTF) price rises above 275 euros/MWh, or about $83/MMBtu, for more than two weeks. The mechanism would also be triggered if TTF prices are 58 euros or roughly $17 more than the LNG reference price for deliveries on the continent for 10 consecutive trading days within the two weeks.

Even amid a surge in gas prices throughout the year, those conditions have not been met.

Opponents have said the conditions are too stringent, would cost billions of dollars if implemented and discourage LNG sellers from offering cargoes in Europe.

The EC price cap plan is “a joke in bad taste,” Teresa Ribera, Spanish minister for ecological transition told reporters before Thursday’s meeting. “The conditions seem to be designed so that the price cap is never enforced…This proposal might stimulate a hike in prices rather than contain them.”

Kostas Skrekas, Greece’s minister of environment and energy, supports a price cap ceiling at a lower level, “Putting a ceiling at 275 euros is not actually a ceiling…a range between 150 euros and 200 euros would be a more realistic ceiling.”

If the current plan to cap the price of a key European gas benchmark goes ahead, “producers and traders that rely on the Dutch TTF futures market face an 80% rise [an additional $33 billion in margin payments] they make as insurance to secure their deals,” the Intercontinental Exchange(ICE) reportedly told the EC, according to a memo seen by the Financial Times.

But Czech Energy Minister Jozef Sikela was more optimistic about EU ministers on reaching an agreement. “We are not opening the champagne yet, but putting the bottle in the fridge.”’

“This [price cap] discussion is extremely complicated because there are simply different views,” Sikela said at a press conference following Thursday’s meeting.

If a revised price cap is agreed during the Dec. 13 meeting, the plan would be implemented in January, and would also include a voluntary initiative to reduce the use of gas by 15% during the upcoming winter season.