Equinor ASA’s natural gas production in the Appalachian Basin of Ohio has been certified as responsibly developed by Equitable Origin (EO). 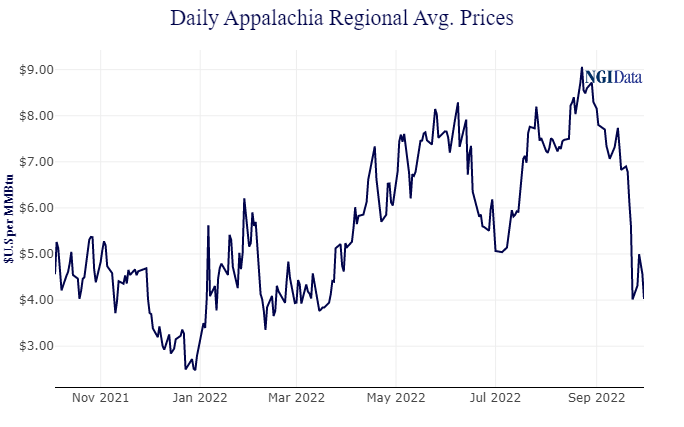 About 135 MMcf/d is actively produced by Equinor US in Monroe County. The third-party review covered Equinor’s “entire U.S. onshore natural gas production, encompassing 51 producing wells on 13 well pads at the time of the assessment,” EO noted. “However, this is a small fraction of the company’s total production in the U.S. as Equinor has significant offshore production operations” in the deepwater Gulf of Mexico.

Through its US. subsidiary, Equinor’s current Appalachia operations in Ohio extend across 242,000 net acres under lease, with 27,000 net acres operational, EO noted.

Monroe County is in the southeastern corner of the state, and it shares a border with West Virginia. The portion of the Appalachian from which Equinor operates primarily is in a dry gas field with minimal natural gas liquids production.

The third-party assessment, which used the EO100 Standard for Responsible Development, was completed by Houston-based Responsible Energy Solutions LLC (RES).

“Achieving Equitable Origin’s rigorous standards for certification demonstrates our values as a company and our commitment to a just transition towards a net zero future,” said Equinor’s Chris Golden, U.S. country manager. “We are proud to provide natural gas at a time when affordable, reliable energy is top of mind. But we are even prouder of how we deliver, as a responsible operator committed to sustainable practices toward the environment and society. This is one example of how we’re working to accelerate the U.S. energy transition across our business.”

Earlier this year Equinor embarked on a joint project with Battelle to consider whether Appalachia could site a carbon capture and storage hub. In addition, the producer is working to advance other Appalachian decarbonization opportunities. U.S. offshore wind generation is in its portfolio for future development as well.

Interviews also were conducted with stakeholders, including landowners, regulators and employees.

“Wells in various stages – drilling, completions, production, and inactive wells – as well as saltwater disposal wells and associated infrastructure were within the scope,” according to EO.

“We recognize energy companies that operate in accordance with the highest social and environmental standards” using the certification process, said EO CEO Soledad Mills. She said EO supported Equinor in its commitment to environmental, social and governance (EO) initiatives.

“Equinor’s exceptional ESG performance will only get stronger with their commitment to continuous improvement; a requirement of our certification program,” Mills said.

As part of its certification, Ascent has partnered with Bridger Photonics, based in Bozeman, MT. Bridger uses aerial methane detecting technology, aka Gas Mapping LiDAR, to detect, locate and quantify methane emissions.

“Ascent is committed to providing clean, reliable and affordable energy that is responsibly sourced,” COO Keith Yankowsky said. “That foundational principle enabled us to achieve multiple top-tier third party certifications, and we expect that our work with Bridger will further enhance our existing emissions detection and elimination efforts in a cost-effective way.”

The flight scans by Bridger are to be done quarterly. After each scan, Bridger would provide a digital map that includes methane plume imagery, emission size and concentration. It also would provide Ascent with a global positioning system, or GPS, coordinates of every detected emission.