After launching the planning for the fifth Canadian offshore oil production platform on the Grand Banks of Newfoundland, Norway’s Equinor set out Wednesday on a hunt for more discoveries. 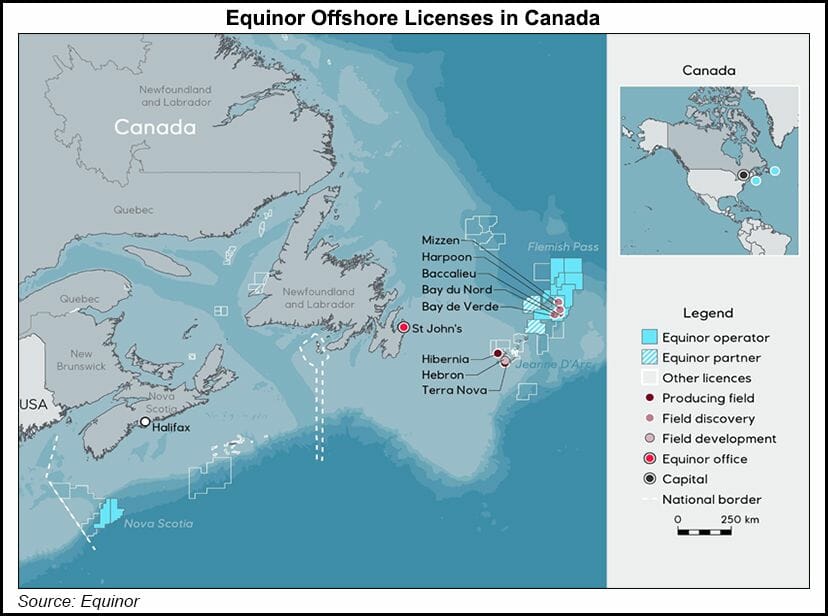 The firms collectively committed to do C$1.38 billion ($1.1 billion) in exploration in order to obtain the leases, a record for Grand Banks drilling rights auctions. BHP set a record for a single lease sale with a C$621-million ($497-million) commitment to a 2,697-square-kilometer (1,078-square-mile) prospect.

Bay du Nord would be the fifth oil platform built since 1997 offshore of Newfoundland, where the Hibernia, Terra Nova, White Rose and Hebron projects are currently filling up Atlantic tankers about 300 kilometers (180 miles) out on the Grand Banks. No long-distance pipelines serve the sites. None deliver natural gas to markets.

The National Energy Board’s current Canadian industry assessment forecasts Grand Banks production will peak at 296,000-358,000 b/d in the 2020s, depending on oil prices.

Regional economic development supporters are more optimistic. A campaign titled Imagine the Potential, launched by the Newfoundland and Labrador Oil and Gas Industries Association, promotes Grand Banks targets of 650,000 b/d and C$100 billion ($80 billion) in government royalty and tax revenues by the mid-2040s.