A poll commissioned by EQT Corp. of registered voters found that almost 70% of respondents support increasing natural gas production, and more than half agree that ramping up production could help reduce emissions. 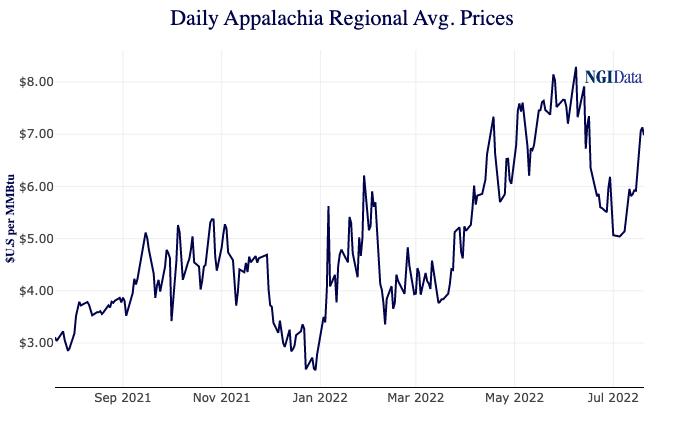 The nation’s No. 1 gas producer commissioned Democrat-leaning research firm Impact Research to survey a bipartisan sample of 1,057 registered voters, as well as an additional 578 Democrat voters in early June.

While more respondents said they would prefer to see more solar and wind generation, natural gas ranked slightly behind renewables, with 64% of those polled saying they would want to see more natural gas used as an energy source, including 60% of Democrats.

“Americans are recognizing the tremendous impact natural gas can make in our efforts to provide the world with energy security, lower energy prices and inflation and address climate change,” said EQT President Toby Z. Rice. “These poll results demonstrate that Americans want more natural gas production and support the infrastructure needed to make it a reality.”

After learning about some of natural gas’ benefits, voters polled said they would also be in favor of building out natural gas pipelines to support increased production, according to EQT.

More than 70% of voters and 67% of Democrats said they would support adding natural gas pipelines once they understood how a lack of pipeline infrastructure hinders increased natural gas production.

What’s more, more than half of those polled, including 67% of younger Democrat voters and 60% of Independent voters, said they would favor an energy transition that maintains a reliable and affordable flow of energy, even if the sources are not 100% renewable.