EQT Corp., the Lower 48’s largest natural gas producer, has launched a pilot program to demonstrate that the fossil fuel can be produced in an environmentally responsible way as buyers across the world continue demanding higher standards. 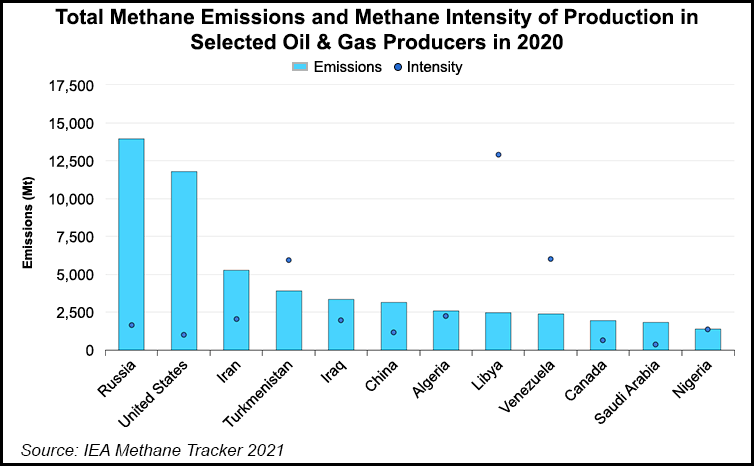 EQT has partnered with environmental monitoring company Project Canary to continuously measure methane emissions and obtain certification that natural gas from two well pads in the Appalachian Basin is responsibly produced. The ultimate goal of the pilot, the company said, is to show that gas can be produced with both high environmental and social standards.

EQT CEO Toby Rice said the pilot would help confirm “the emerging domestic and international markets for this differentiated commodity and the important role that United States liquefied natural gas (LNG) will play in the future energy mix.”

Project Canary would provide an independent, third-party certification of responsibly sourced gas and provide methane monitoring. The terms of the project are confidential, but, EQT said a global energy company agreed to purchase a portion of the gas produced during the pilot. Costs associated with the pilot and the location of the wells were not disclosed.

Devices are to be installed on the two well pads to measure methane concentrations at the site level “every second” and communicate results to a cloud database “every minute,” EQT said. Social impacts on the nearby community also would be evaluated.

The TrustWell certification provides ratings for gas wells or entire asset bases. It measures several metrics to certify the conditions under which gas is produced to gauge impacts and risks, with a focus on water, air, land and community. The ultimate output is a rating similar to a Leadership in Energy and Environmental Design, aka LEED, rating for a building.

Project Canary, which provides emissions monitoring for the oil and gas industry, merged with Independent Energy Standards, the developer of the TrustWell certification program, in August. They came together to provide a more comprehensive “responsibly sourced gas” solution for the industry as environmental, social and governance (ESG) issues have become a top priority.

Prior to the merger, IES had certified the wells of other U.S. operators, including some West Virginia wells operated by Southwestern Energy Co.

EQT produces gas in Ohio, Pennsylvania and West Virginia. It produced 366 Bcfe in the third quarter and has churned out more than 1 Tcf annually in recent years. The producer’s decision to launch the pilot comes as governments and private companies are aiming to curb the impacts of climate change.

As global demand for LNG has grown, so too are the measures aimed at ensuring the fuel is responsibly produced, liquefied and transported. Late last year, French energy company Engie SA ended negotiations to buy LNG from the proposed Rio Grande LNG terminal in Texas because of the French government’s concerns over emissions related to hydraulic fracturing.