The Environmental Protection Agency (EPA) is moving forward with plans to rescind or modify rules published during the waning days of the Obama administration and which have yet to take effect that are designed to prevent accidents and explosions at refineries and other industrial facilities.

“Accident prevention is a top priority at EPA, and this proposed rule will ensure proper emergency planning and continue the trend of fewer significant accidents involving chemicals,” he said.

The RMP rule amendments had called for making changes to the Accidental Release Prevention Requirements for Risk Management Programs under the Section 112(r)(7) of the Clean Air Act. They emerged in response to an executive order issued by President Obama following several industrial accidents, including an ammonium nitrate explosion at a fertilizer plant in West, TX, in April 2013.

However, in June 2017, six months after the RMP amendments were published, and at the urging of several trade associations collectively calling themselves the RMP Coalition, Pruitt signed a final rule postponing the effective date of the amendments until Feb. 19, 2019. The coalition includes the American Petroleum Institute (API), the American Chemistry Council (ACC), the American Fuel & Petrochemical Manufacturers, the U.S. Chamber of Commerce and the National Association of Manufacturers.

“EPA’s proposal fixes the serious problems created by misguided changes that were hastily adopted during the final days of the Obama administration,” said ACC’s Mike Wall, vice president for regulatory and technical affairs. “It also reflects the feedback the agency received regarding those changes from a wide range of stakeholders, including the regulated community, Congress, attorneys general and local officials.”

API’s Frank Macchiarola, downstream group director, told NGI that “safety is a core value of the oil and gas industry, process safety management systems are central to our operations, and the responsibility for process safety is shared by everyone working in the facilities.

“We have been working closely with EPA over the last year to resolve our concerns with the 2017 amendments, and feel progress has been made. We will have further comment on the proposal during the public comment period.” However, he said, API is encouraged that EPA is “focused on aligning the accident prevention program provisions” with the Occupational Safety and Health Administration’s Process Safety Management standard, “as well as items dealing with public disclosure and emergency coordination.”

Under the proposed rule by Pruitt, the EPA would rescind RMP amendments relating to safer technology and alternatives analyses, third-party audits, incident investigations and information availability, along with several other minor regulatory changes. The EPA would also modify RMP amendments covering local emergency coordination, emergency exercises and public meetings. The compliance dates for these provisions would also be changed.

According to the EPA, rescinding or modifying some of the RMP amendments would help address several issues, including the “potential security risks associated with new information disclosure requirements introduced in the final amendments rule,” and “concerns about unnecessary regulations and regulatory costs.” It would also address findings by the Bureau of Alcohol, Tobacco, Firearms and Explosives that the incident at West, TX, was caused by arson.

The EPA will accept public comments on the proposed rule for 60 days following publication in the Federal Register. 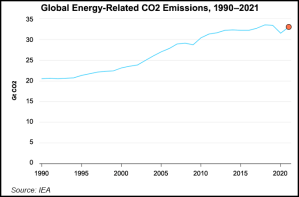