EOG Resources Inc.’s proposal to drill 2,800 natural gas wells in the Uinta Basin of Utah has gained a new life, following the release of an updated draft environmental impact statement (DEIS) by the Bureau of Land Management (BLM). 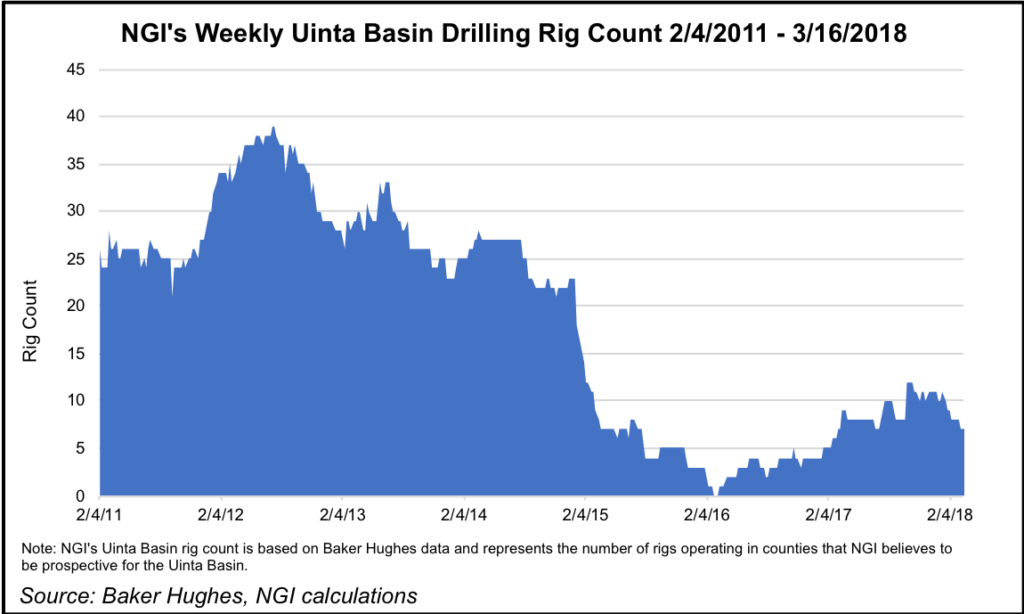 About 43,071 acres are included in EOG’s proposed Greater Chapita infill project in the Natural Buttes gas field. The Greater Chapita field now has more than 1,200 oil and gas wells, and EOG plans to more than triple the number by deploying well pads spaced 40 acres apart.

The DEIS indicated a surface area estimated at 1,875 acres would be disturbed by the project, adding to the nearly 4,000 acres for the existing wells. EOG proposes to add 233 pads and expand up to 960 pads to accommodate more wells.

Most of the acreage involved is controlled by BLM, with other land owned by the state, the Ute Indian Tribe, Tibial allottees and private landowners.

EOG estimated the play holds the potential for 4.17 Tcf of natural gas and 60 million bbl of condensate.

BLM said the required scoping, review and consideration of alternatives were done between 2009 and 2014. The original DEIS was issued in 2006 for EOG’s then-planned Chapita Wells-Stagecoach area. At that time, EOG proposed drilling up to 627 gas wells across 31,870 acres of land 30 miles south of Vernal.

BLM has scheduled open house meetings to collect public comments from March 27-28. A public review of the 600-page DEIS runs through April 23.