Oil and natural gas operators have begun taking a second look at spending cuts implemented in March and are shelving projects as a return to “normal” is not forecast until demand comes closer to matching supply. 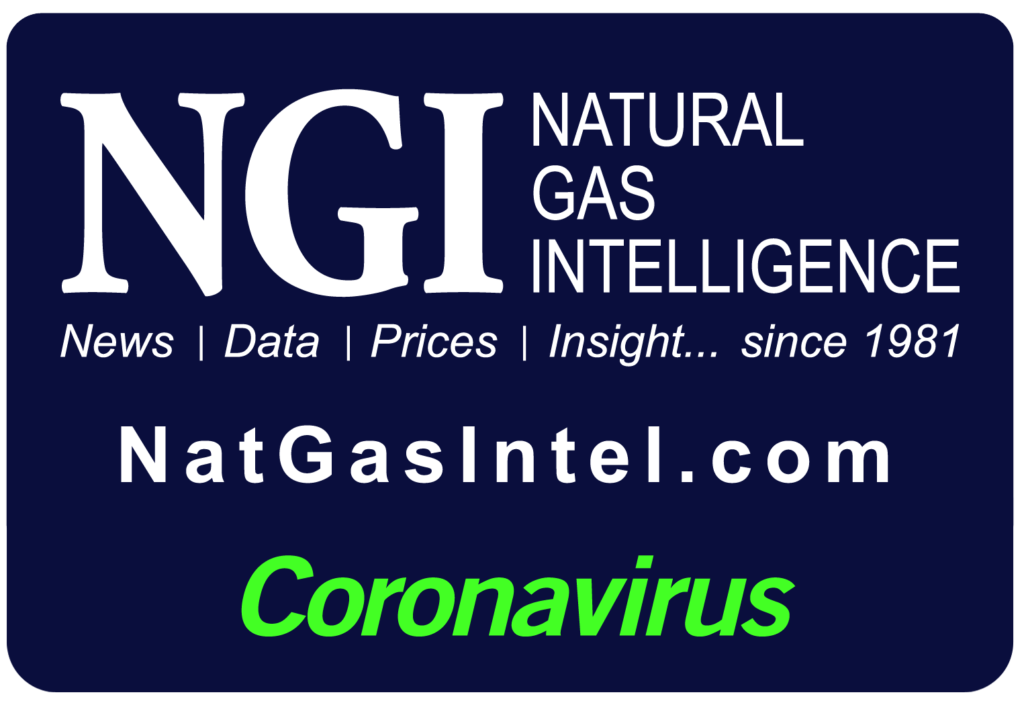 A hearing Tuesday conducted by the Railroad Commission of Texas (RRC) made the situation clear, as commissioners considered a request by Permian Basin pure plays Pioneer Natural Resources Co. and Parsley Energy Inc. to require the state’s oil producers to reduce output by 20% starting May 1.

Enterprise Product Partners LP’s Jim Teague, CEO of the general partner, told the RRC that the coronavirus had “destroyed 25 million b/d of hydrocarbon demand, which fell off a cliff overnight.” Wholesale gasoline is selling for as little as 25 cents/gal, and refineries have cut operating capacity by up to 40% as they scramble to adjust to the new market conditions.

However, the free markets eventually will provide some relief, he said. The Organization of the Petroleum Exporting Countries and its allies agreed to reduce global output by nearly 10 million b/d, “not because they are magnanimous but because they couldn’t stand the price…When this is behind us, low prices will create more demand. Low prices will create more supply. That’s the way it’s alway been. That’s the way it always will be.”

Sooner or later, said Teague, “somebody’s going to make an offer for that crude…The pandemic is not going to be around forever. That’s just not the case…”

For the exploration and production (E&P) industry, which is the backbone for the oilfield services (OFS) sector, determining when people begin using oil and gas again does not look imminent.

Denver-based PDC Energy Inc., which works in the Wattenberg field of Colorado and the Permian Basin, for the second time in a month announced reductions in capital expenditures (capex). The E&P now plans to spend $500-600 million this year, a decrease of nearly 50% from an original budget of $1-1.1 billion. The reduced spending also is 25% more than it cut in mid-March.

PDC’s senior management and board members also voluntarily agreed to a 15% reduction in compensation. In addition, the share repurchase program has been suspended.

“The industry is in the midst of global demand destruction to which PDC is not exempt,” CEO Bart Brookman said. “While our updated operating plan and cost-savings initiatives represent incredibly difficult decisions, I’m extremely confident that PDC is well positioned to weather this storm thanks to our ability to generate sustainable free cash flow while maintaining an incredibly strong balance sheet.”

In the Permian Delaware, PDC plans to release its one drilling rig in May, with zero drilling and completion activity for the remainder of the year. The Wattenburg rig count is dropping next month to one from three, with completions tentatively set to resume early in 4Q2020.

PDC expects to curtail 20-30% of anticipated May and June production volumes. Output for the year, compared to pro forma 2019 volumes, is expected to decrease by around 10% on a boe basis and 20% on an oil basis.

Overseas operations are taking a hit too. Chevron Corp.’s 50%-owned affiliate Tengizchevroil (TCO), Kazakhstan’s biggest oil producer, has suspended work on a $45 billion expansion because of the Covid-19 pandemic. More than a dozen people at the worksite close to the Tengiz field had been confirmed with coronavirus infections.

The confirmed Covid-19 cases among contractors and subcontractors will require the TCO workforce to “reduce activities and personnel to ensure their safety and to minimize the impact of the pandemic on our operations and construction activities,” the company said.

Meanwhile, Rystad Energy estimated Tuesday more than half of the world’s planned oil and gas licensing rounds could be canceled this year because of the combined impacts of the virus and price war. Compared with 2019 levels, new licensed offshore acreage is expected to decline by about 60%, with onshore licenses down by 30%.

About 45 countries were expected to launch at least 52 leasing rounds this year, mostly (60%) for offshore exploration, Rystad estimated. Analysts broke down whether licensing would go forward under three categories: likely, tentative and unlikely.

“The unlikely upcoming lease rounds represent around 54% — a worrisome sign for global exploration,” said senior upstream analyst Aatisha Mahajan. “A number of factors together make these rounds unlikely to go ahead, including the oil price drop, a global cut in investments by almost 20%, a lack of skilled manpower due to the Covid-19 pandemic, fiscal regimes that are proving unattractive in the current environment, and a lack of interest among potential participating companies.”

The United States, Suriname, Egypt, Russia and China make up the list of countries where licensing rounds were marked as “tentative” by Rystad. In the United States, oil and gas prospects were auctioned last month in the Gulf of Mexico Lease Sale 254, which drew bids from 22 operators.

Licensing rounds “likely” to move forward include those in Malaysia, Trinidad and Tobago, Norway, India, Lebanon and Canada. In Europe, “unlikely” rounds are expected in the UK, Ukraine, Romania and Germany. In South America, rounds in Colombia, Brazil, Ecuador and the Dominican Republic also are in doubt, according to Rystad.