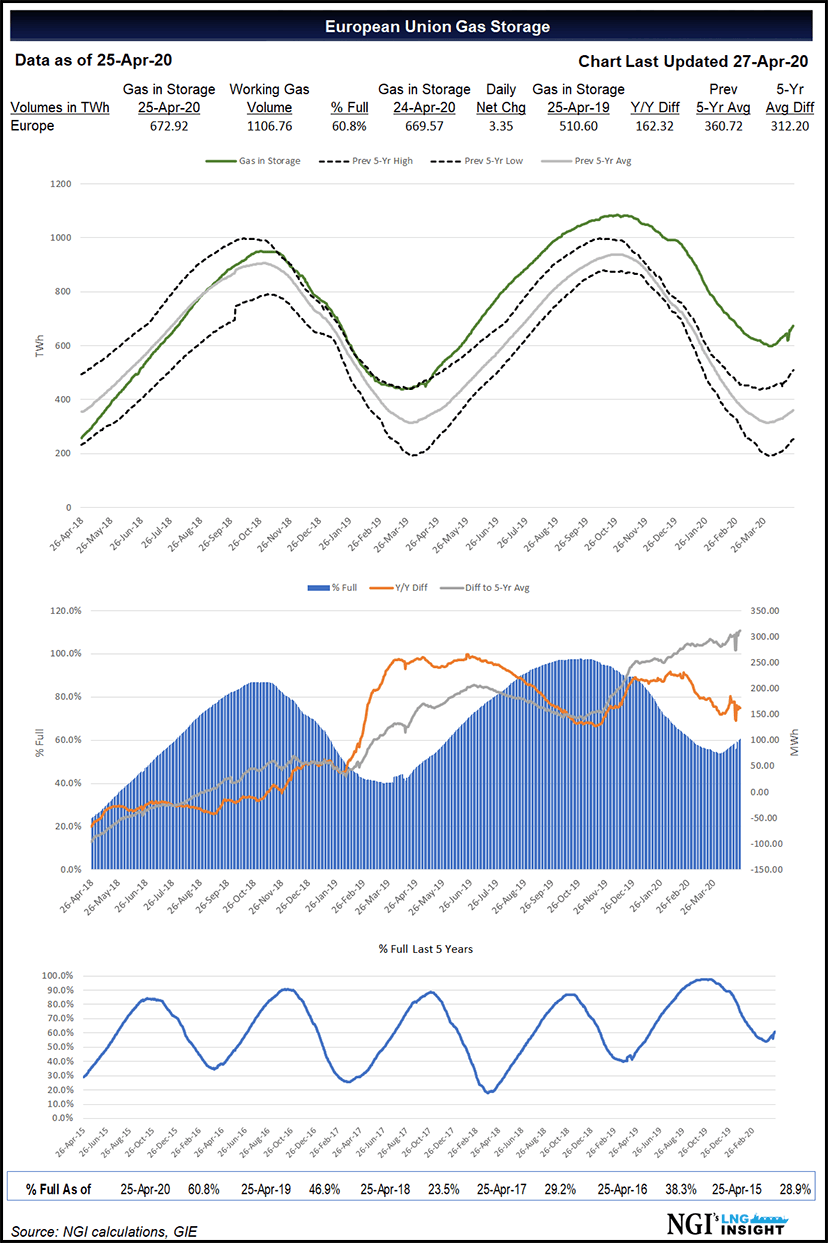 The international oil and gas producer also has stakes across the liquefied natural gas (LNG) value chain, from liquefaction and shipping to regasification and trading.

“The period since March has been the most complex period the global economy has seen for more than 70 years,” said CEO Claudio Descalzi. “For the energy industry, and in particular for oil and gas, the complexity is even greater given the overlap of the effects of the pandemic with the collapse in oil prices.”

The oil rout has prompted a global response from producers who have announced spending and production cuts as the virus has crushed demand. Global gas prices have also converged to unprecedented lows and squeezed the margins of sellers as demand has been impacted by lockdown measures aimed at fighting the pandemic across the world.

Eni said it would cut its capital spending this year by 30% and possibly more next year. First quarter oil and gas production was also down 3.6% year/year to 1.77 million boe/d, and the company has lowered its guidance for the year to 1.75-1.80 million boe/d due to spending cuts and impacts of the coronavirus on demand. Eni said it is assuming a gradual recovery in global consumption of oil, natural gas and power in the second half of this year.

Natural gas sales in Italy, among the nations hardest hit by the virus, declined 17% y/y to about 9 Bcm in the first quarter, “mainly due to weaker seasonal sales and the impact of an ongoing economic downturn following the containment measures in Italy and Europe as a result of the spread of Covid-19,” Eni said. Sales across European markets, where restrictions in some countries are only now beginning to ease, also declined 16% year/year to about 6 Bcm, primarily as a result of lower volumes marketed in Germany and Turkey.

Warmer winter weather was already pushing worldwide gas prices lower and supplies up when the coronavirus took hold and devastated fundamentals even more. But LNG arrivals into Europe in particular stayed strong throughout the first quarter, holding near record levels that were set late last year.

Even still, Eni said its LNG business took a hit during the fourth quarter and was “negatively affected by a downturn in Asian economies,” where the virus first took hold earlier in the year, “with fallout on LNG demand and prices.”