Tellurian Inc. continues to market the volumes of its massive 27.6 million metric tons/year liquefied natural gas (LNG) export facility, with more than a quarter of the engineering already complete at the Driftwood LNG terminal, management said. 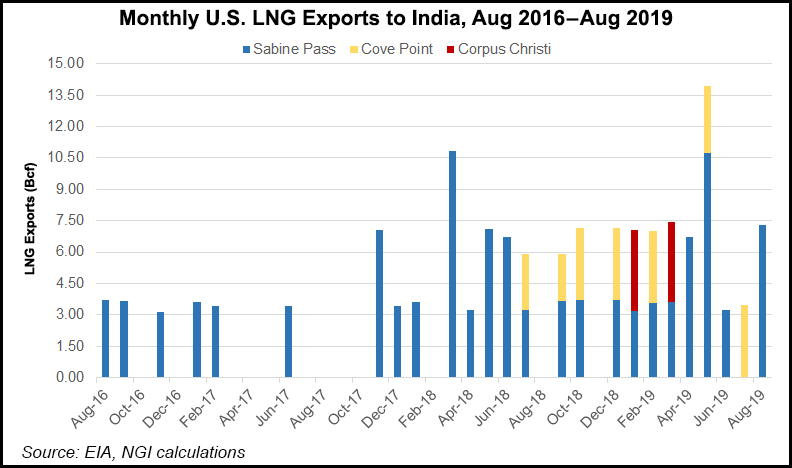 Tellurian ended the third quarter with about $91.1 million in cash and cash equivalents and about $133.2 million in debt, according to earnings released Wednesday. Nevertheless, management touted the company’s “strong balance sheet” consisting of about $394.1 million in assets.

“Tellurian continues to execute on all facets of our strategy, including the completion of 26% of the engineering required for Driftwood, which makes Driftwood the most advanced pre-construction terminal in the United States,” CEO Meg Gentle said.

The company has invested more than $150 million on engineering for Driftwood, which could include up to 20 liquefaction trains. Gentle said progress on the engineering work helps with the company’s timeline as large equipment that needs lead time to secure and other key work has been identified.

During the third quarter, Tellurian announced a memorandum of understanding to sell a significant portion of capacity to India’s state-owned Petronet LNG Ltd. The two parties will work toward finalizing the transaction by March 31, 2020.

Falling production year/year in India in recent months has been driving an increase in LNG imports, and the country is gearing up to be a force in Asia when it comes to natural gas infrastructure buildout.

Gentle said during prepared remarks on a podcast to discuss third quarter results that she was encouraged to hear from Indian officials on a recent visit to the country who continue to target an increase in the country’suse of natural gas in its energy mix to 15% by 2030 from 6%. That would require an infrastructure investment of $60 billion there, she said.

In addition to finalizing the deal with PetroNet, Gentle said the company is also focused on completing agreements with partners in the Driftwood terminal and closing bank financing for the project. She said the facility remains on track to deliver first LNG by 2023.

During the quarter, Tellurian also began the pre-filing process for its 625-mile Permian Global Access Pipeline, which would transport 2.3 Bcf/d of gas from the Waha hub in West Texas to near Lake Charles, LA.

Revenue increase significantly year/year to $9.3 million from $800,000. The increase was primarily attributed to a rise in natural gas production from wells in the Haynesville Shale, which produced 34.2 MMcf/d. Tellurian bought the assets in 2017 and 2018 to eventually feed Driftwood. The company started drilling wells in late 2018 on the properties and completed them earlier this year.