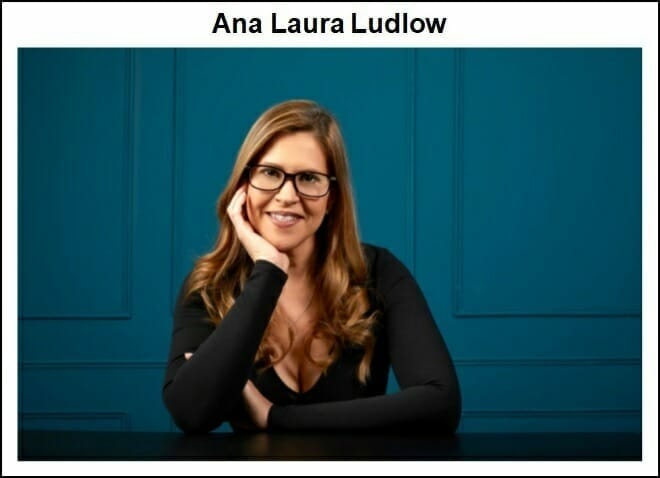 Engie is also ready to start work on expanding capacity on the Mayakan pipeline in the peninsula, Ludlow said. “This expansion will serve to support the energy and industrial development of the southeast, developing new growth pillars and supporting families and inhabitants of the region,” she said.

Ludlow, who has served as the COO of Engie Mexico since 2020, has more than 20 years of experience working in the U.S. and Mexican energy industries and has specialized in natural gas distribution, transportation and sales, as well as electricity generation and supply.

In her more than 22 years at Engie, Ludlow has served as the CEO of the TAG Pipelines Sur and oversaw and managed 22 electricity plants in New England. Ludlow holds a master’s degree in administration from the Tecnólogico de Monterrey, where she also received her undergraduate degree.

NGI: In your opinion, what can Mexico do to strengthen its natural gas industry in the short term?

Ludlow: Mexico is in a privileged position in terms of access to natural gas. Natural gas has been used in the country for more than six decades and, though some think the natural gas market is relatively new — especially talking about the molecule and transportation market — the private sector started its operations in the mid-1990s. With the 2014 constitutional reform, today there is more and more interest from players to participate in the market.

In the short term, I believe that in order to strengthen the natural gas market, it’s necessary to provide access to greater transportation capacity for industry participants, which will become a key factor in making our supply more efficient and to identify priority needs for reinforcements and additional capacity in the country. It is also necessary to conclude the projects under development for interconnections and to provide greater access to imported gas into the country as domestic production recovers.

NGI: And the long term?

Ludlow: In the long term, Mexico should work to increase domestic production, improve storage  to address security of supply issues and develop infrastructure to provide access to the states and municipalities where natural gas supply has not yet arrived.

Ludlow: Similar to the rest of the world, the Mexican market has felt the impact of the volatility of international hydrocarbon prices. This month, prices have reached over $7.00/MMBtu mainly as a reflection of the heat waves that the South of the US has experienced, which, paired with storage levels that remain below the average of the last five years and stable production, have increased prices by as much as 40% compared to April.

However, Mexico continues to benefit from one of the [cheapest] natural gas prices available, which improves competitiveness in the national industrial market, where alternative fuels are comparatively 40% to 60% higher depending on the region.

Electricity costs associated with natural gas-fired generation have also had an associated impact, however, prices continue to be far from reflecting the impact on fuel costs.

NGI: What is your opinion on the regulatory environment in the Mexican energy sector currently and what are the most pressing challenges?

Ludlow: The biggest challenge I see is the growth in demand and the need for infrastructure and transportation capacity to meet these requirements. The great opportunity that near-shoring and the global logistics crisis has brought Mexico is that the ability to attract investments should not be affected by the lack of electricity capacity or natural gas supply due to infrastructure issues.

Access to natural gas and electricity at competitive prices will be critical to maintaining the competitiveness of Mexican industry. Infrastructure is still required so that new companies can establish themselves and bring with them the benefits of job creation and competitiveness for the industrial sector.

I also believe that it is time to think about the future on issues such as biogas and hydrogen and how the necessary transition will be planned so that the climate emergency we are experiencing can be contained.

NGI: For years there’s been conversation about plans for natural gas pipeline development in the Yucatan peninsula to bring gas to the region. How are those development plans advancing?

Ludlow: A major milestone achieved was the construction and start-up in record time of Cuxtal I, a 16-kilometer pipeline connecting the Mayakán pipeline with the Sistrangas which provides access to new supply sources. Transportation capacity to the peninsula was increased to 250 MMcf/d and the quality of natural gas is improved as it is being fed imported production through the marine pipeline. This has had an impact on increasing the natural gas available in the region for residential, commercial and especially industrial consumption.

Currently, there is enough natural gas for new companies to establish themselves in the region and have access to supply. This will also allow the development of sectors such as vehicular natural gas.

Mérida now has a new natural gas distribution zone that will enable the supply to reach homes, businesses and industries in Merida and surrounding municipalities. To reach the maximum potential in the region, it is still necessary to increase the flow and capacity of natural gas for electricity generation.

NGI: Regarding Engie, where does the company see growth or investment opportunities in the Mexican energy sector?

Ludlow: The southeast is a region with incredible development potential. However, as is well known, energy is a prerequisite to underpin this development. Engie has proudly been present in the peninsula for more than 20 years through the Energía Mayakan pipeline.

As I mentioned earlier, we put Cuxtal I into operation in record time, which is a project we carried out jointly with the Comisión Federal de Electricidad (CFE) in order to interconnect the region with more sources of natural gas supply. Engie is also ready to start the Mayakan capacity expansion to benefit the CFE, as soon as the CFE gives us the go-ahead.

This expansion will serve to support the energy and industrial development of the southeast, developing new growth pillars and supporting the families of the region’s inhabitants. This project adds to the vision of the current administration to develop the south-southeast region of the country and Engie is proud to be part of this development.

NGI: What is the status of the Mayakan natural gas pipeline and is it operating at full capacity currently? Why or why not?

Ludlow: As previously mentioned, natural gas is now available in the peninsula for residential, commercial and industrial demand. This allows to attract new investments and meet the requirements mainly of industry and even begin to develop new sectors such as natural gas for vehicles. In terms of any expansion, we are ready to start when conditions warrant.