Canadian independent Enerplus Corp. reported lower year/year production for the first quarter but it is poised to resume growing output in the Bakken Shale of North Dakota following a pair of recent acquisitions. 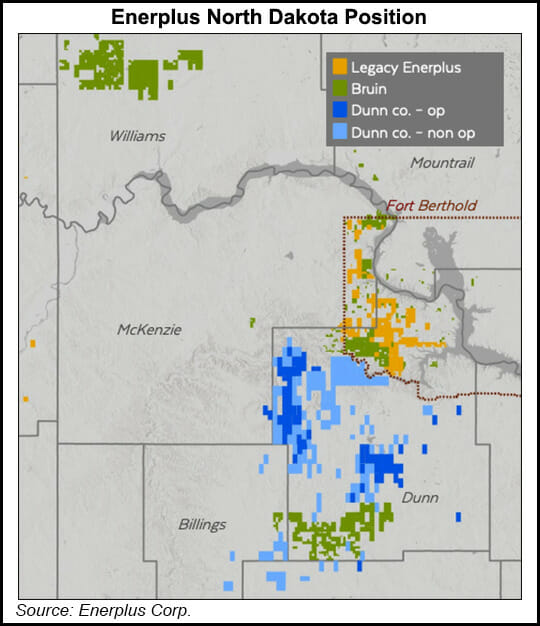 “We commenced completions operations in the Bakken toward the end of the quarter, which, in combination with the production acquired through our acquisitions, will drive a material increase to our second quarter production,” CEO Ian Dundas said during an earnings call.

While output was down year/year, it rose 6% sequentially to slightly under 92,000 boe/d. The increase was attributed to greater Marcellus volumes and “about a three-week contribution from” its acquisition of Bruin E&P Holdco LLC, which closed during the quarter.

Enerplus expects Bakken production to continue to increase following the close of the Bruin deal, as well as a more recently announced asset purchase from Hess Corp. The two deals combined expanded the Williston Basin properties about four-fold to 296,000 acres.