Energy XXI Ltd., close to $3 billion in debt, on Thursday filed a restructuring plan for voluntary bankruptcy protection, ending months of uncertainty about the Gulf of Mexico-focused operator. 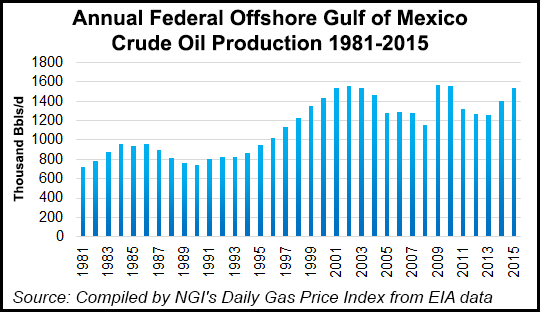 The Chapter 11 filing was made in U.S. Bankruptcy Court for the Southern District of Texas in Houston. The restructuring plan, which lenders agreed to with more than 63% of its secured second lien notes with an 11% interest rate, eliminates substantially all of the company’s indebtedness other than a first lien reserve based loan facility.

“Through the Chapter 11 restructuring, Energy XXI will eliminate more than $2.8 billion in debt from its balance sheet, substantially deleverage its capital structure and position the company for long-term success,” management said.

Embattled chief John Schiller, who was stripped of the chairman title last fall, is to continue as CEO and remain on the board (see Daily GPI, Oct. 16, 2015).

“Over the last several months, we have worked to actively manage our balance sheet, and after thoroughly evaluating our options with the help of our outside advisers, we determined that entering these agreements and implementing them through a court-supervised process is the best course of action for Energy XXI and all our stakeholders,” Schiller said. “We are confident that we are taking the right steps to provide Energy XXI a solid foundation for a successful future.”

The Houston-based producer, founded in 2005, “expects operations to continue as normal throughout the court-supervised financial restructuring process, including paying royalty and surety obligations in the ordinary course.” In addition, the company expects to maintain compliance with its existing long-term plan with the Department of Interior’s Bureau of Ocean Energy Management throughout the restructuring process.

The producer, which operates 10 of the largest oilfields on the Outer Continental Shelf (OCS), also operates in South Louisiana (see Daily GPI, March 19, 2014; July 30, 2012). It has grown through a series of acquisitions, most notably its $6 billion buyout of EPL Oil & Gas Inc. in 2014, as oil prices began to crater, which was strongly criticized by investors (see Daily GPI, March 12, 2014). The merger created the largest public independent working in the OCS. Today Energy XXI has an estimated 750,000-plus acres of leasehold and more than 16,000 square miles of 3-D seismic data.

Energy XXI has joint ventures ongoing in the shallow waters of the GOM with ExxonMobil Corp. and with Apache Corp. that are targeting sub-salt plays around salt domes on the OCS (see Daily GPI, March 21, 2013; Oct. 2, 2012). With Chevron Corp. and Freeport-McMoRan Inc., the company also is targeting the Shelf’s ultra-deepwater play, including the gas-heavy Davy Jones prospect (see Daily GPI, Feb. 21, 2013).

“Our production is on track as we continue to focus our operations on low-risk, high-return projects,” Schiller said. “We thank our employees for their continued hard work and dedication, and we look forward to working with our vendors and partners as we move through this process and position Energy XXI to emerge as a stronger company.”

Management believes it has “sufficient liquidity, including approximately $180 million of cash on hand as of March 31…and funds generated from ongoing operations, to continue its operations and support the business in the ordinary course during the financial restructuring process.”

Energy XXI has filed various motions with the bankruptcy court in support of its financial restructuring. It intends to continue to pay employee wages and provide benefits “without interruption in the ordinary course of business. The company also expects to pay suppliers and vendors in full under normal terms for goods and services provided on or after the Chapter 11 filing date, and anticipates making royalty payments and payments to working interest owners when due.”

The producer is the guarantor of, among other things, the Grand Isle Gathering System (GIGS) lease in GOM, and its failure to make interest payments constitutes a default under the terms of the lease. However, to facilitate post-filing financing, CorEnergy Infrastructure Trust Inc., a real estate investment trust that owns the midstream asset, provided a conditional waiver.

“GIGS Services relies on our subsea pipeline and onshore facilities to provide critical transportation, storage and processing services for the Energy XXI debtor group,” said CorEnergy CEO Dave Schulte. “As long as our tenant remains in compliance with our lease, including the timely payment of rent, we intend for GIGS Services to maintain its operations of our asset.”