The Pennsylvania Attorney General’s (AG) Office has filed 48 counts of environmental crimes against Energy Transfer LP for its alleged misconduct during construction of the Mariner East 2 (ME2) pipeline project. 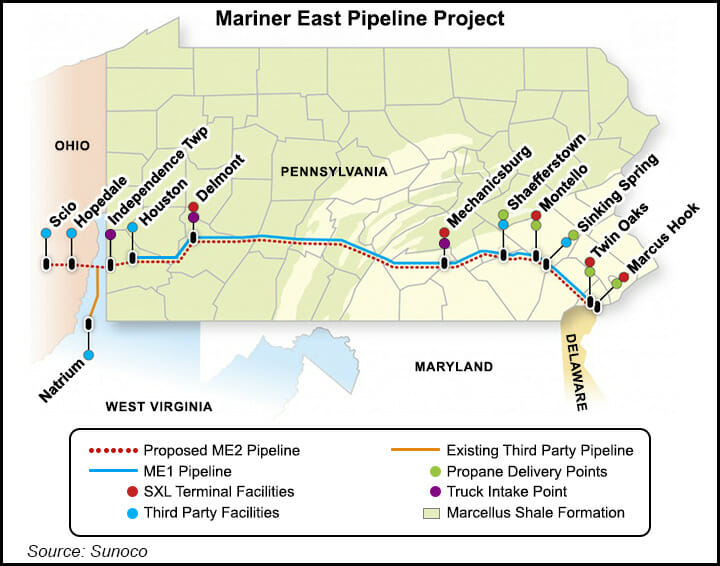 AG Josh Shapiro said a statewide grand jury investigation determined that Energy Transfer repeatedly allowed thousands of gallons of drilling fluid to escape underground. The AG’s office indicated that the spills mainly resulted from the company’s use of horizontal directional drilling (HDD) to lay the pipeline. While inadvertent returns are a common occurrence during HDD work, drilling fluid escaped to fields, backyards, streams, lakes and wetlands, the AG said.

“Pennsylvanians from impacted communities testified about thousands of gallons of drilling fluid being lost underground — groundwater and lakes, rivers, and streams contaminated,” Shapiro said Tuesday. “What they said was consistent: Energy Transfer started drilling, the fluid started leaking, their drinking water was impacted, DEP wasn’t notified, and nobody was held criminally accountable. These charges are changing that, starting today.”

Shapiro alleges that Energy Transfer also failed to report the spills to the Pennsylvania Department of Environmental Protection (DEP) on numerous occasions despite a legal requirement to do so.

What Charges Are Facing Energy Transfer?

Service started on ME2 in 2019, three years after it was initially slated to come online. The system runs for about 350 miles to move natural gas liquids from processing facilities in Ohio, Pennsylvania and West Virginia to Marcus Hook. It is one of three pipelines that make up the Mariner East system.