First, the poster boy of Mexico’s energy reform, Emilio Lozoya, was arrested in Spain where he is now awaiting extradition. Then the Wall Street Journal reported that the architect of the reform, former President Enrique Peña, is likely to be investigated by Mexico judicial authorities, which could make him the first Mexican president in a century to face such inquiries. 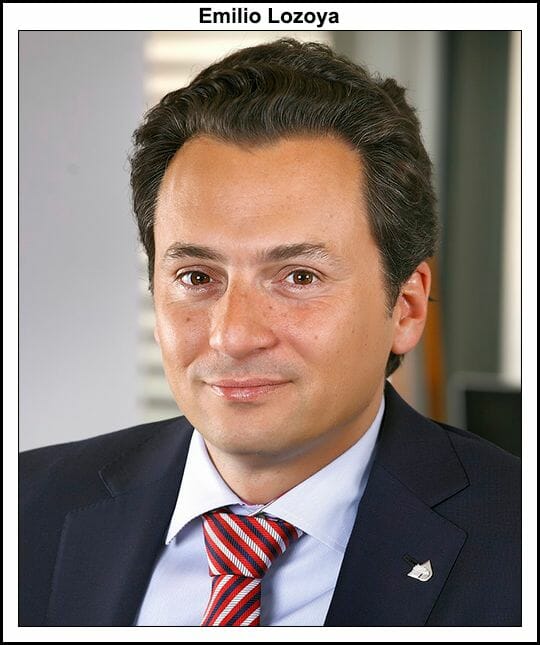 While President Andrés Manuel López Obrador has conserved the legal scaffolding of the 2013-14 energy reform without giving it substance under his administration, and while the takedowns are related to corruption and not the reform, he has sharply criticized Peña and Lozoya, a former chief of Petróleos Mexicanos (Pemex), who promoted these market forces.

Indeed, López Obrador’s electoral campaign was based on the fight against graft, and it is a war that Mexican authorities have prosecuted with zeal as never before.

In addition to Lozoya, Rosario Robles, the former minister of social services, is being held in Mexico City’s Santa Marta women’s prison where she is being accused of being the leader of the “estafa maestra,” or master fraud, a scheme that allegedly robbed government funds that were to be used to help the nation’s poor.

The third senior official who has fallen from grace is Genaro García Luna, secretary of Public Security for the last two Mexican administrations. García Luna is now in federal prison in New York. The charges against him are complex but at least one concerns claims that he received kickbacks from Joaquín “El Chapo” Guzman, the world’s leading drug baron.

In contrast with the stilted Peña, the suave sophistication of Lozoya and his language skills have made him a darling of the international investor community where he held court in the road shows during the months in which Peña was president-elect in 2012.

As soon as Peña was inaugurated, Lozoya was named director general of Pemex without having had any previous experience in the oil business.

However, the eloquence of Lozoya did not lead to good management of Pemex, Mexico City-based analyst Arturo Carranza told NGI’s Mexico GPI.

“But on the other hand, the powers of the sector’s regulatory authorities have been sharply reduced by the current administration,” Carranza said. If the regulators had more watchdog powers, it might be less painful for all concerned where high-level wrongdoing is suspected, he added.

Lozoya was booted early in 2016 as Pemex performance plummeted. Now, four years later, he is being held in a Spanish jail awaiting an extradition that could take a year or more. His attorney Javier Coello, regarded as Mexico’s most formidable, issued a warning whose destination could be Peña Nieto.

“My client wasn’t acting of his own account,” Coello told reporters.

Lozoya had been on the run since May when he was found in a luxury housing development in the coastal Spanish city of Málaga. Earlier, according to Mexican news reports, he had been living in the Russian city of Saint Petersburg. The charges against him include having received bribes from Brazil’s Odebrecht construction company.

During hearings in Brazil, a senior Odebrecht official gave evidence under oath of having met with Lozoya in Mexico shortly before the election that brought Peña Nieto to power. Other charges include Pemex’s purchase of a fertilizer plant that was out of service for a wildly inflated sum.