A broad group of major corporations, including a slew of energy producers and utilities, is lining up with the incoming Biden administration to urge bipartisan action by Congress on “climate solutions.” 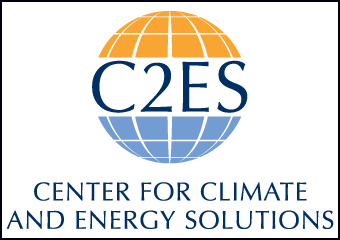 In a letter to Congress and Joseph R. Biden Jr.’s transition team, more than 40 companies said they support the United States rejoining the United Nations climate accord, aka the Paris Agreement, which the Trump administration abandoned in November.

“The United States has made important strides — emissions are down and clean energy is up,” the letter stated. “With the election of a new president and Congress, we now have a critical opportunity to significantly strengthen these efforts.”

The group urged the president-elect and Congress “to work together to enact ambitious, durable, bipartisan climate solutions.”

The letter was organized by the Center for Climate and Energy Solutions, aka C2ES, an environmental group that works with businesses and governments.

“Recognizing these risks and opportunities, seeing the broad public support for clean energy and climate protection, and hearing the concerns of our investors, customers, communities, and employees, our companies view climate action as a business imperative. We are each taking major steps to reduce our climate impact. We have publicly declared ambitious goals and are investing in clean technologies and other climate solutions.”

Executives said they “stand ready to work with stakeholders on all sides and with our elected leaders to seize this moment and achieve ambitious, durable climate solutions.”

“For the first time ever the United States will have a full-time climate leader who will participate in ministerial level meetings,” Biden said at the time. He said it was a “fancy way of saying they’ll have a seat at every table around the world. For the first time ever, there will be a principal on the National Security Council who can make sure climate change is on the agenda in the Situation Room.”

Kerry’s position is to “be matched with a high level White House climate policy coordinator and policymaking structure to be announced in December.”