On the heels of rejection by the Quebec government of a liquefied natural gas (LNG) proposal, Energie Saguenay has run into another negative opinion by a federal regulator. 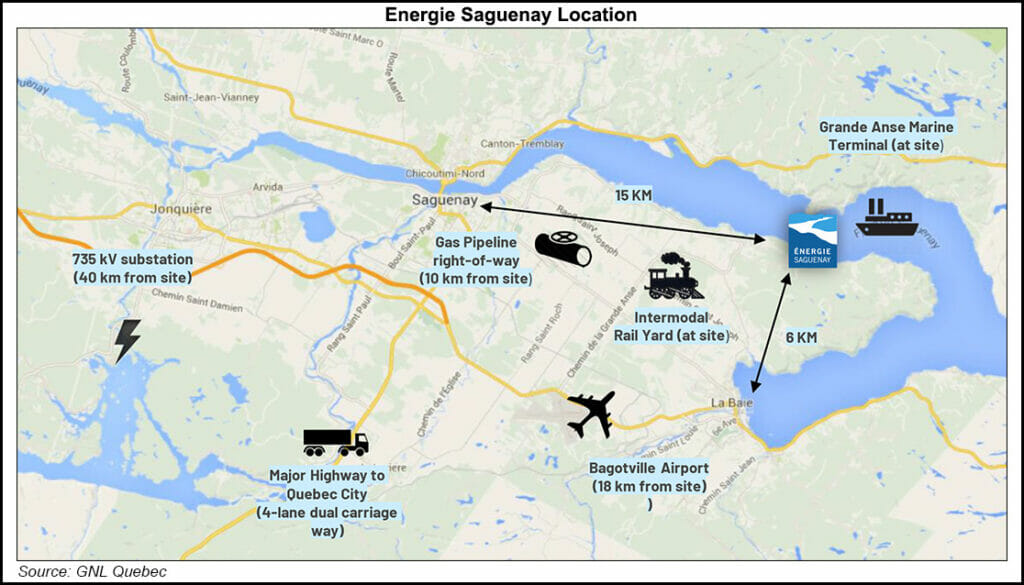 The latest rejection follows one in July by the province’s Environment Ministry for GNL Quebec’s proposed terminal and Gazoduq pipeline.

“The project is likely to cause direct and cumulative significant adverse environmental effects,” according to a draft assessment issued Wednesday by the Impact Assessment Agency of Canada (IAAC).

“Moderate effects” were predicted for other animal habitats, as well as vegetation, wetlands, tourism and human health.

“Negative impacts of moderate to high severity” also could erode aboriginal and native treaty rights protected by the Canadian constitution, the IAAC wrote.

The agency offered no hope that the US$10.6 billion project, sponsored by GNL Quebec, would move forward even if the national government accepted the environmental hazards and granted approval to aspects under federal jurisdiction.

The IAAC noted that “the Quebec government announced that it was refusing the project,” a decision formalized by the provincial cabinet’s order-in-council, which was published in mid-August.

“Despite the province of Quebec’s decision, the proponent has indicated its intention to continue with the agency’s environmental assessment of the project. However, the proponent will be required to obtain all necessary federal and provincial approvals and permits to allow the project to proceed.”

The IAAC set a deadline of Oct. 22 for public comments on its assessment.

Pieridae Energy Ltd. in July had shelved another East Coast proposal, the US$10 billion Goldboro LNG project in Nova Scotia.