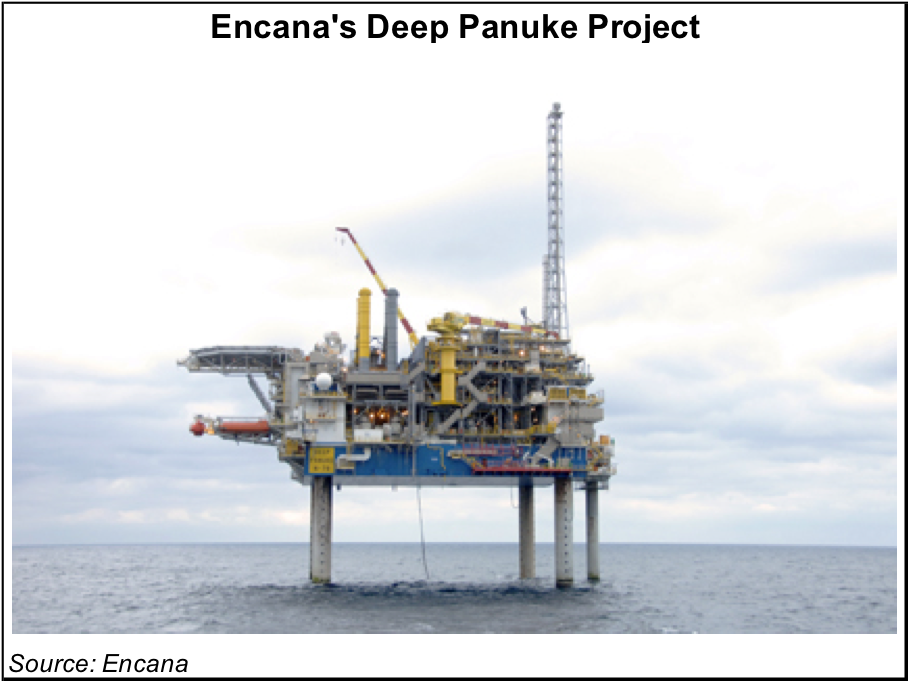 The Calgary producer, whose fortunes today are tied to North America’s onshore, posted a formal project description for abandoning the project’s 175-kilometer (105-mile) sea floor pipeline from its production platform to a coastal processing plant at Goldboro, near the provincial capital in Halifax.

Deep Panuke, a project that suffered fits and starts from its beginnings in the early 2000s, turned disappointing soon after making a promising start in 2013, when output swiftly rose to full capacity for 300 MMcf/d less than four months after operations began in mid-summer.

Subterranean water, under high geological pressure, swamped the wells in late 2014. In early 2015 the recoverable reserves estimate sank to 80 Bcf from the initial forecast of 390-890 Bcf. Production dove to declining volumes only sold during seasonal market demand and price peaks.

Deep Panuke output only averaged 19 MMcf/d in 2017, Encana reported in its recent annual 10-K disclosure filing for last year with the U.S. Securities and Exchange Commission.

The pipeline abandonment program, an outline presented to the National Energy Board (NEB), does not yet fix a final closure target date. Deep Panuke’s current production license from the Canada-Nova Scotia Offshore Petroleum Board expires Aug. 1, 2019.

The pipeline and well closure plans also signal the end for Maritimes & Northeast Pipeline’s role since 2000 as an export conduit for Canadian gas to New England. Work is beginning on converting the line into a Canadian import service for Marcellus and Utica shale gas from the eastern United States.