Enbridge Inc. won a court verdict Monday to defeat the third protest lawsuit since February that aimed to halt construction of the $2.6 billion Minnesota leg of its Line 3 oil pipe replacement project. 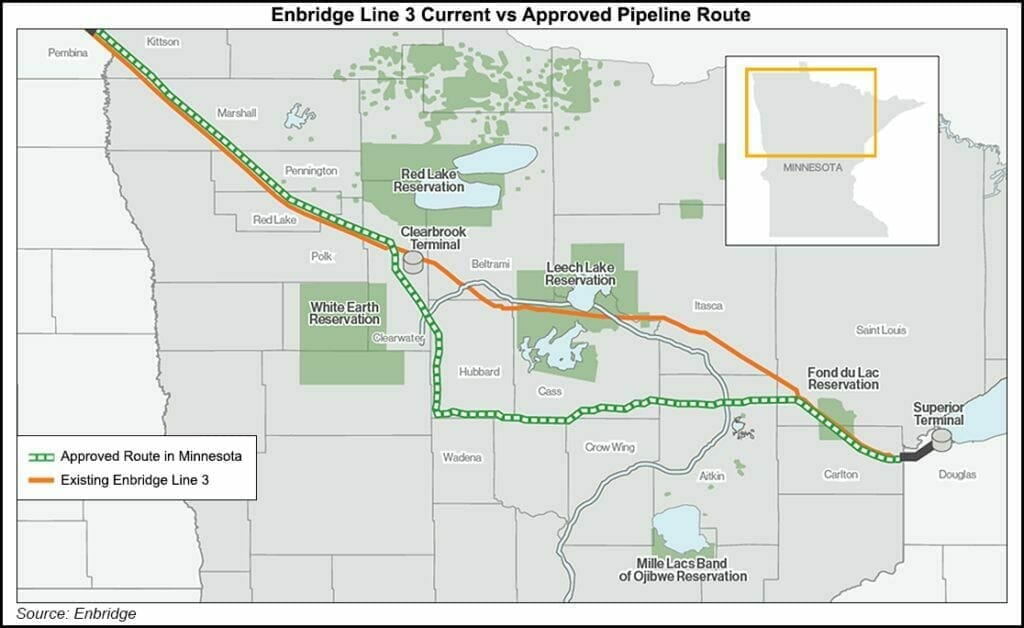 “The project is on track to be in service in the fourth quarter of 2021,” said Enbridge after a three-judge Minnesota Court of Appeals panel upheld the approval by the Minnesota Public Utilities Commission (MPUC).

Construction of about two-thirds of Line 3 has been completed since the appeals court and the U.S. District Court for the District of Columbia rejected demands for stop-work injunctions last winter.

The decision followed a week of demonstrations by at least 1,000 pipeline foes that styled themselves as water protectors and declared they were defending against the pipeline operator’s “toxic tar sands pipeline.” About 250 people were arrested.

The Line 3 resistance considered an appeal to the Minnesota Supreme Court. Enbridge vowed to help with legal action expected against protests that disrupted work and wrecked hardware at a northern site known as the Two Inlet Pump Station.

“Protesters attempted to trap workers while forcefully entering and then occupying the site, trespassing and criminally damaging property,” the Calgary-based pipeline said. “This is unacceptable, and we will seek the full prosecution of all involved.”

In the decision to uphold the Line 3 approval and reject challenges, the appeals court rated the project as the lesser of two evils.

“With an existing, deteriorating pipeline carrying crude oil through Minnesota, there was no option without environmental consequences,” said the court. “And there was no crystal ball to forecast demand for crude oil in this ever-changing environment.”