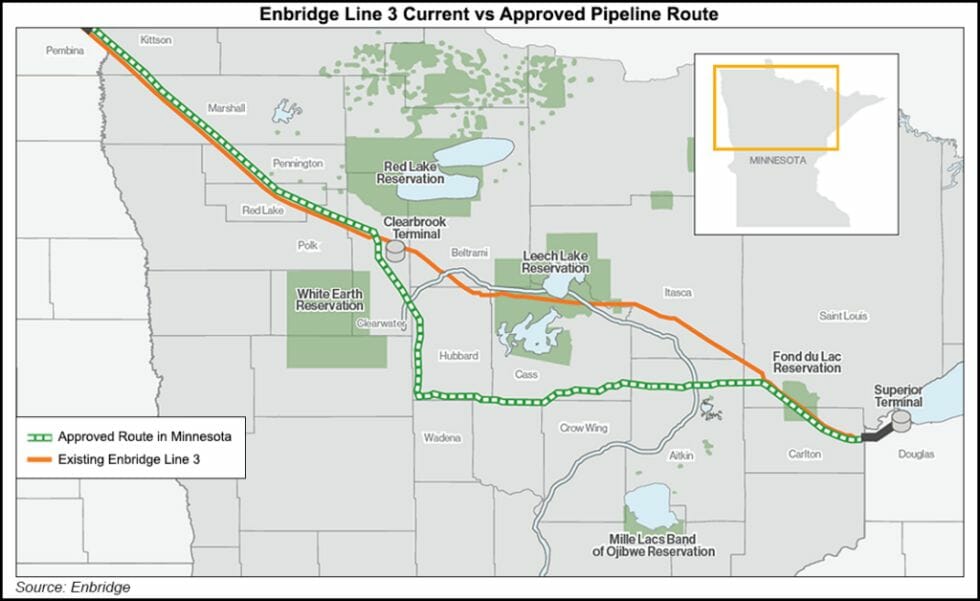 “With all the permits in hand we can now start,” said Enbridge Vice President Vern Yu. He did not specify a date or location. However, the company notified landowners that activity would begin immediately along the 340-mile route across the state.

In Alberta, the source for most production in the company’s international oil network, Energy Minister Sonya Savage called the construction start “a crucial milestone particularly given the challenges the project has faced.”

The Minnesota Pollution Control Agency ended a six-year regulatory ordeal by granting the last permit, which approved an Enbridge plan for stormwater drainage during construction.

The Minnesota Public Utilities Commission (MPUC) and U.S. Army Corps of Engineers granted other final state and federal authorizations for the Line 3 work in late November.

The Minnesota work is scheduled to take about nine months. All other legs of the total $9 billion, 1,031-mile Line 3 pipe replacement project have been completed in Canada, North Dakota and Wisconsin.

“The project’s approval is a win for Alberta – and for North American energy security,” said Savage. Alberta has been, “and will continue to be, a stable, secure and responsible energy supplier to the U.S. Our relationship is even more important during these uncertain times as our continued energy partnership will be critical to the continent’s post-pandemic recovery.”

The Consumer Energy Alliance, the Minnesota advocacy group for combined supply certainty and environmental accountability, said, “After six years and over 70 public hearings, we are encouraged to see these final permits.”