The February freeze that crippled the Texas energy grid for days amplified a trend already well underway — high-cost and increasingly frequent climate-related disasters that the electric power industry struggles to manage through. 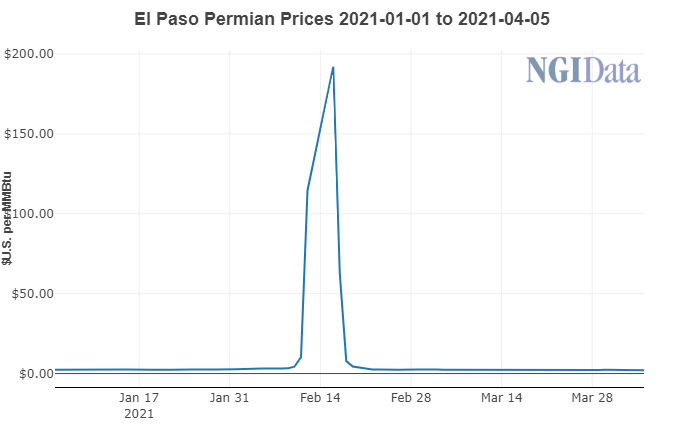 That assessment comes in a new report from energy lender CoBank, based in Denver.

The polar outbreak affected several states, requiring rolling outages, but it paralyzed Texas because natural gas pipelines and other critical infrastructure were not designed to withstand extreme cold. An estimated five million people lost electricity for prolonged periods in a handful of southern states battered by the storm, the bulk of them in Texas.

“In the end, the Texas blackouts were the largest forced power outages in U.S. history and may prove the costliest natural disaster that the state has ever experienced,” said CoBank’s lead energy economist Teri Viswanath, who authored the report.

She said as the United States grows more dependent on electricity, the likelihood of future disasters endangers the nation’s energy resilience.

“We should be thinking about the crisis in February as a precursor of future events, which could be even more severe and disruptive,” Viswanath said. “The lessons learned and insights gained over the past season should lead to better climate resilience efforts, including a further build-out of localized infrastructure and new investments to shore up” the energy grid nationally.

This, for the most part, means spending in the near term to weatherize infrastructure to protect against extreme temperatures and storm conditions.

“Restoring the grid to its previous state is an inadequate response in the face of increased stress on infrastructure,” Viswanath added. “It is mission critical…to plan for climate resilience.”

Citing National Oceanic and Atmospheric Administration data, she said 2020 was “a historic year of extreme weather,” with 22 separate billion-dollar weather and climate disasters in the United States.

Over the past decade, Viswanath said, 99% of domestic customer power outages were linked to transmission and distribution failures caused by severe weather. “Further development of localized microgrids can increase climate resiliency while potentially reducing costs,” she said.

In Texas, Viswanath added, this is vital. Three factors converged to drive a surge in electricity prices amid the Arctic blast: soaring weather-related demand, off-line generation, and spiking natural gas prices. Prior to February, the Electric Reliability Council of Texas’ previous highest day-ahead on-peak price for any given month was $974.57/MWh. In February, the monthly average exceeded $1,500 and climbed to $6,612/MWh over a five-day period during the height of the crisis, Viswanath noted.

This developed as natural gas production was choked off. Temperatures in Texas during the extraordinary cold snap averaged nearly 30 degrees lower than normal for the time of year.

U.S. dry natural gas production plummeted during the Arctic freeze, falling to a low of 69.7 billion Bcf/d in mid-February, the U.S. Energy Information Administration (EIA) estimated. The low point, reached on Feb. 17, marked a decline of 21% from the average of the prior week, the agency said.

“Texas has become increasingly dependent on electricity, which underscores why the crisis in Texas has implications for the rest of the county,” Viswanath said. “Electricity has outpaced oil and is now the largest source of energy in the U.S. As the role of electricity grows, so too will the societal intolerance for outages.”