The Energy Information Administration (EIA) reported a 237 Bcf withdrawal from storage inventories for the week ending Feb. 1. The reported build fell about 10 Bcf shy of market expectations for a week that featured the coldest temperatures of the winter in key demand regions. 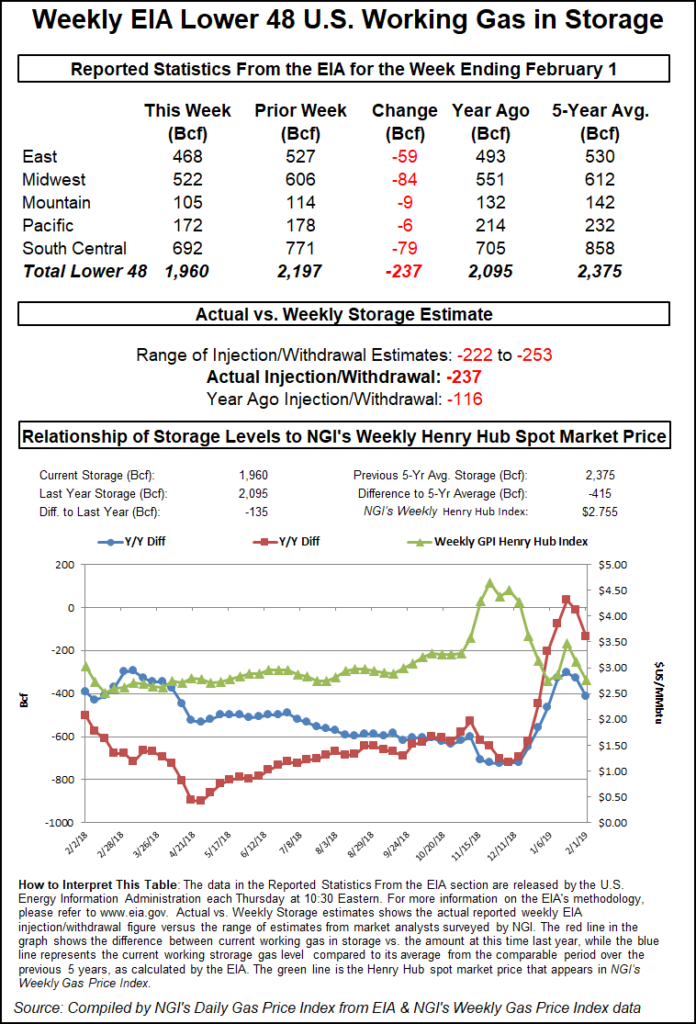 Nymex natural gas futures prices, which were already about a nickel lower ahead of the report, fell another penny or so as the print hit the screen. By 11 a.m. ET, the March contract was trading 7.7 cents lower at $2.585, and April was trading 6 cents lower at $2.597. The flip in the March/April spread reflects no concerns about a supply crunch, and the smaller-than-expected withdrawal fueled that sentiment.