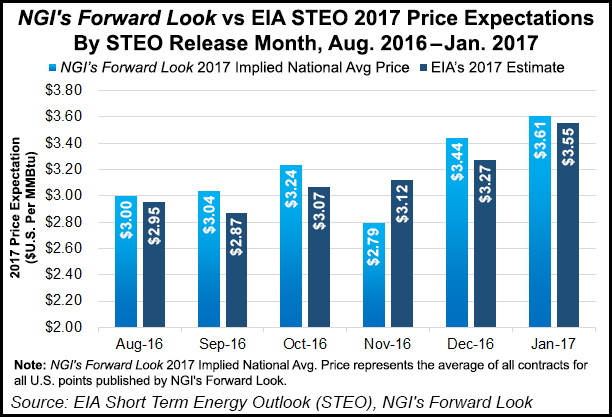 “In previous forecasts, EIA had expected Lower 48 onshore production to generally decline through the end of 2017,” the STEO noted. “The change in the current forecast reflects crude oil prices that have been higher than forecast in recent months, allowing producers to increase active rigs at a faster pace than expected.

“Additionally, it reflects the incorporation into EIA’s models of continuous productivity improvements and lower breakeven costs. However, the forecast remains very sensitive to actual wellhead prices and rapidly changing drilling economics that vary across regions and operators.”

In the December STEO, EIA had said spot prices would average $3.27/MMBtu in 2017, a forecast that was 15 cents higher than predicted in November.